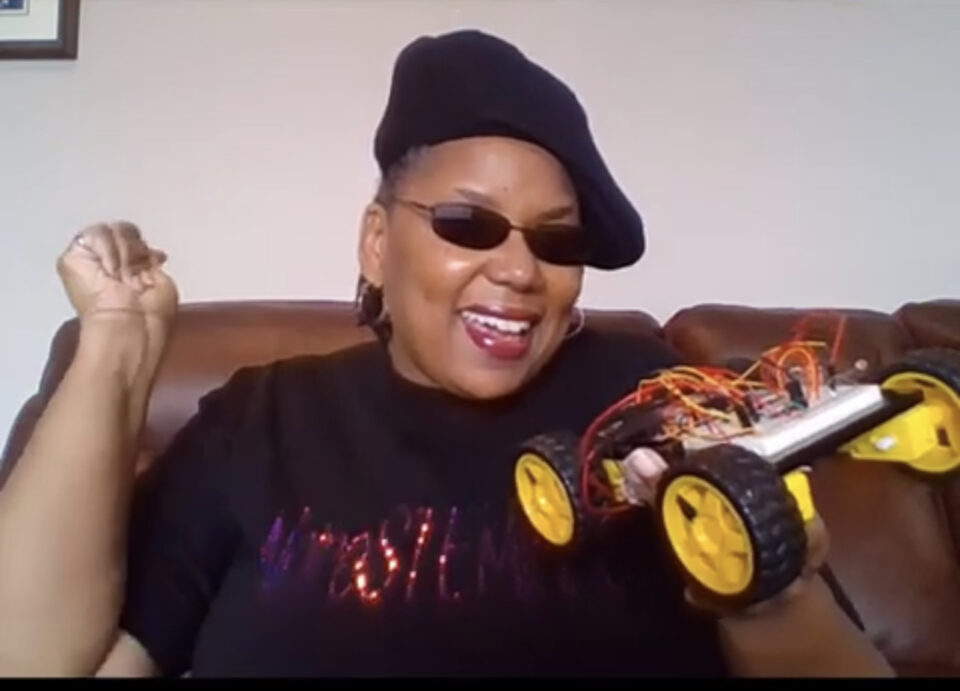 The lack of Black representation in STEM jobs is still an overwhelming race and gender gap.

Only 5% of Black students obtained masters and research doctoral degrees in engineering or physical science during the 2017-2018 school year, as explained by an April 2021 Pew Research Center article “STEM Jobs See Uneven Progress in Increasing Gender, Racial and Ethnic Diversity,”

For Carlotta Berry, Ph.D., an Electrical and Computer Engineering professor at Rose-Hulman Institute of Technology, she is among the less than 200 Black women engineering professors in the United States, according to Forbes. She believes that the major gap is contributed by the underrepresentation of both Black and female students in STEM related academic programs.

With that said, Berry aims to bring more students across the finish line by changing the face of the STEM profession. Her efforts include making STEM “exciting to a broader audience by injecting art and sharing it in new and exciting ways,” she told the publication.

“Engineering has a marketing problem,” Berry further explained. “Even after many years of interventions to seed the pipeline, the most recognizable figures in engineering are still nerdy, antisocial white men like Dilbert, Sheldon, Spencer Reid or MacGyver.”

Here are some of the ways in which Berry is changing the face of the STEM profession and attracting more underrepresented populations and women to the field.

During a professional sabbatical, Berry first founded an educational consulting firm company NoireSTEMinist® which she offers workshops, presentations and demonstrations on diversity in STEM, women in STEM, mobile robotics education, and engineering education.

Her motto “My STEM is for the streets, taking it out of the classroom to connect with people on their turf,” reflects her commitment to bringing STEM to people and bringing people to STEM in order to diversify the engineering field.

On YouTube, Berry lays down STEM-inspired tracks on hip hop beats in order to maintain the students’ interest in robotics. She cleverly names her robots after prominent figures in Black history such as Harriet Tubman, Rosa Parks, and Martin Luther King Jr.

In one of her latest poems, Harriet Tugman, A Robot Soldier, Berry explains the unique identifiers of the Tubman such as its two encoders.

A published author of many technical publications, Berry has also leveraged her innovative skills to publish a romance novel. Elevated Inferno: Monet’s Moment, independently published in June 2022, tells the story of protagonist Monet Parker who is in search for love all while trying to land her dream internship and prepare herself for a career in social robotics.

Berry said she began writing fictional books with “Black women in STEM as the main characters to normalize seeing them as they balanced the demands of their personal and professional lives,” per Forbes,