Tia McWilliams didn’t see many women in law enforcement roles growing in her rural Georgia community. Despite the odds, that didn’t stop her from pursuing the path. This week, she made history in her town alongside a huge career milestone.

McWilliams became the first Black woman to become a sheriff in Taliaferro county, serving as chief deputy. With over 20 years working with the sheriff’s office, she says she didn’t choose to work in the field, but rather the profession came to her when she received a work referral from a friend for a position while she was unemployed.

“I immediately went into a 21 day fast, and I cleaned out all distractions and anything that would allow me to be distracted from doing my absolute best,” she said in an interview with WBJF Augusta News. “When I found myself to be unemployed and looking for a job, it was by a friend who I had helped that I was able to be referred to this position.”

McWilliams started her new role at the beginning of the month after former sheriff Marc Richards retired on December 31, 2020. She also mentioned that some of her goals for the role were to bring new developments to enhance overall performance, including expanding the town’s 9-1-1 operations center and initiatives to help employees build necessary skills to excel in their roles serving the community. 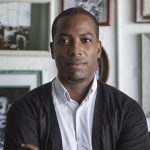 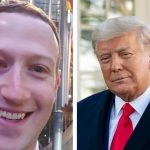