This Weekâ€™s Highlights: The Best and the Brightest 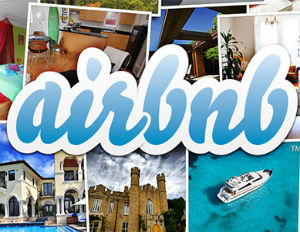 At BlackEnterprise.com, we give you a round-up of this week’s highlights, from topics that sparked social media trends —or outrage—to the top news stories of the week.

BlackEnterprise.comÂ has you covered with a round-up of this week’s highlights.

[Related: Obama on Black Lives Matter: “We As a Society, Particularly Given Our History, Have to Take This Seriouslyâ€]

Tech/News:Â Say hello to the tax man Airbnb providers. Governments are urging the hospitality sharing Web-based company to help collect local lodging taxes, and the company is starting to do so.Â On Oct. 15, it began collecting lodging taxes in Washington state, according to reports, and the company already has agreements to collect taxes in other locales, including North Carolina, Chicago, Philadelphia, and Amsterdam. Some of these taxes are pretty steep. Airbnb providers in Rhode Island are subjected to a 13% “short-term room rentalâ€ tax which went into effect covering Airbnb and other home-sharing sites.

Money:Â “I could feel the weight of the room get heavy as one after another poured out stories about struggles with student debt, a burden they felt was a life sentence. I heard person after person say how things like marriage and children were not even in their fields of consideration because of their student loans,” says Black Enterprise Senior Money Editor Stacy Tisdale, of her experienceÂ discussing money with millennials at Rider University. “I was surprised that most of them were completely unaware of things like the government’sÂ Public Service Loan Forgiveness program, which forgives all of your student loan debt after 10 years of working at a government office or nonprofit–the years do not have to be consecutive.”

Watch more on her insights on student loan resources and tips for millennials here.

Small Business:Â In small biz news, VEDC and JPMorgan Chase & Co. are launching a new lending program for black-owned small businesses in New York City, Chicago, and Los Angeles. The National African American Small Business Loan Fund is set to increase economic opportunity for minority-owned businesses in these top markets, and it will also give them more leverage to serve low-income communities, providing them with greater access to capital, technical assistance, and financial consulting.

Read more on this opportunity here.

Lifestyle:Â October is Breast Cancer Awareness Month, and the guidelines are getting an overhaul. According toÂ reports, the American Cancer Society (ACS) said on Tuesday that women should begin mammograms later and have them less frequently. This comes during a month when breast cancer awareness is advocated nationally with drives to promote early testing and diagnosis, and at a time when African American womenÂ are more likely to dieÂ from the disease than white women.

Read more about the new guidelines and insights on how they could affect black women here.

Education:Â Education Secretary Arne Duncan is set to release information on a package of proposals aimed at forcing colleges that receive federal money to improve graduation rates and to provide students with job skills. Affected by this, will be accreditors; the not-for-profit agencies that must give their seal of approval so schools can take part in the federal student-loan system. This effort comes as student debt has climbed to $1.2 trillion, but graduation rates remain not much better than a “coin toss,â€ Duncan has said.

Read more about these measures here.