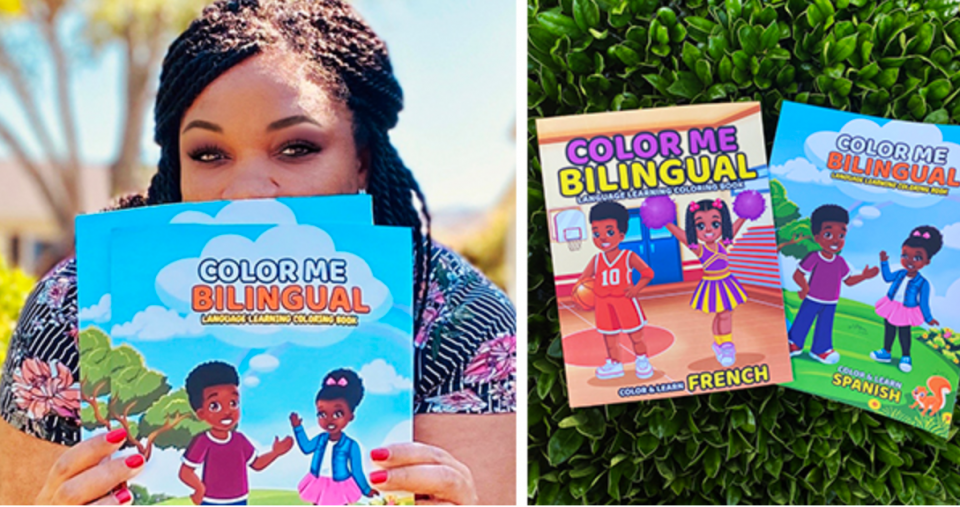 There is great value is learning another language. Numerous studies have shown the cognitive benefits of raising a child in a bilingual household including improvements in overall learning ability. One group found that bilingual kids were able to concentrate better and can boost their self-esteem around their cultural identity. As the world moves to a global market, learning new languages is essential in developing international business contacts and expansion. Traveling has also heavily influenced people’s desire to speak other languages as interest in other cultures continues to grow. One black woman entrepreneur is looking to help black children learn new languages early with a new series of coloring books.

Best-selling suspense/thriller author, B.M. Hardin, is venturing into new territory with a new coloring book series called Color Me Bilingual aimed toward African American children to learn new languages as they color. The first two books are in Spanish and French featuring images of black children solving puzzles and games to advance their language skills while having fun.

Hardin felt it was important for the images to look like the children who would be using the book as the illustrations showcase natural black features on children learning everyday words. In a report by NPR, only 22% of children’s book characters were people of color which is why Hardin’s series fills a gap in this underserved sector of books. According to Black Business, Hardin says the idea was born when she herself recognized a need for it with her own child. She also says she plans on expanding the series to include eight languages in total.

In addition to writing novels, she offers writing services to aspiring and established writers who need help with development or editing.