This Woman Was the First in Her Family to Learn How to Read; Now She Has a Law Degree 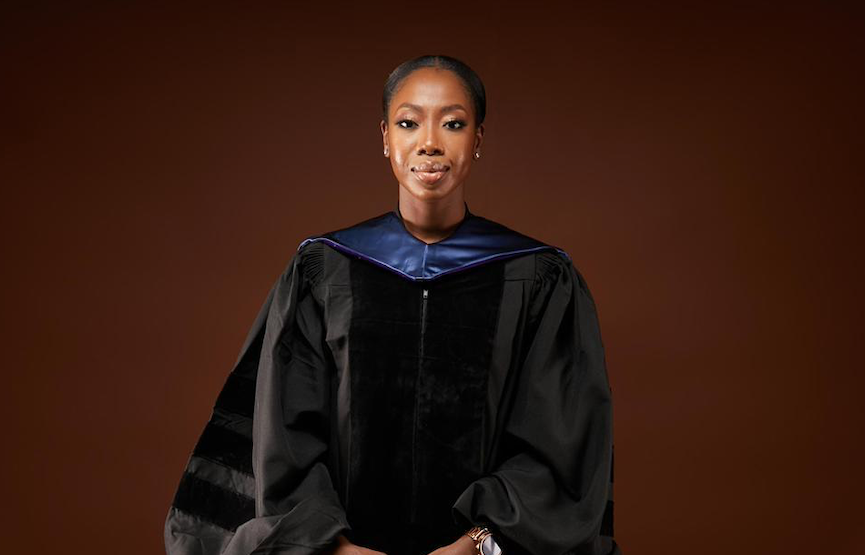 Alice Gyamfi is the first person in her family to pursue formal education and earn a law degree. A native of Ghana, Gyamfi fought against all odds and passed the New York bar exam after graduating from Penn State Law in 2020.

Gyamfi announced the big news on LinkedIn last month, leading to thousands of congratulatory remarks from people all over the world. She shares that the driving force behind her accomplishments is her grandmother.

“When I told my grandma I was going to law school she started calling me her “granddoctah”! I told her she couldn’t call me Doctor just yet,” Gyamfi posted on LinkedIn. “She sent me off to law school with $100 and an anointing. This degree belongs to her.”

From Literacy to Law Degree

Gyamfi’s accomplishment is paving the way for a new era of educational excellence in her family. According to BlackNews, Gyamfi is the first woman in her family to read and write. After breaking the chain of illiteracy in her family, she went on to pursue higher education. Now the Penn State graduate stands tall as the first in her family in 17 generations to obtain an education.

According to Gyamfi’s Linkedin profile, she graduated from Penn State University in 2015 and then matriculated to law school in 2017. The young lawyer racked up an extraordinary list of accolades and experiences before graduation. Gyamfi participated in the annual International Commercial Arbitration Moot Court Competition.  She served as an oralist and her team walked away with the first-place prize. She also took advantage of multiple research assistant opportunities and was awarded the 2018 Frost Brown Todd Diversity Scholarship. In 2020, Gyamgi graduated from Penn State Law. She held concentrations in foreign and comparative law as well as arbitration, mediation, and negotiation.

“God, I’ve never seen the righteous forsaken nor his seed seen begging for bread. I thank God that the generations after me will never know illiteracy again,” says Gyamfi.

Gyamfi is nothing short of being a trailblazer. She served as a policy analyst for President Obama’s United States – Africa Leaders Initiative and a policy speechwriter for Believe in Africa, Inc. Now, she’s starting her career as an associate for one of the largest law firms in New York City.

Gyamfi’s on the move but she acknowledges her family’s history as a crucial part of her journey. “I can trace my family’s lineage back over 17 generations. Each generation of women fought as everything from mothers to warriors and yet not one of them was taught to read,” Gyamfi shared. “This degree was my warfare. The battle I fought with my tongue, knees bowed and hope raised toward heaven.”