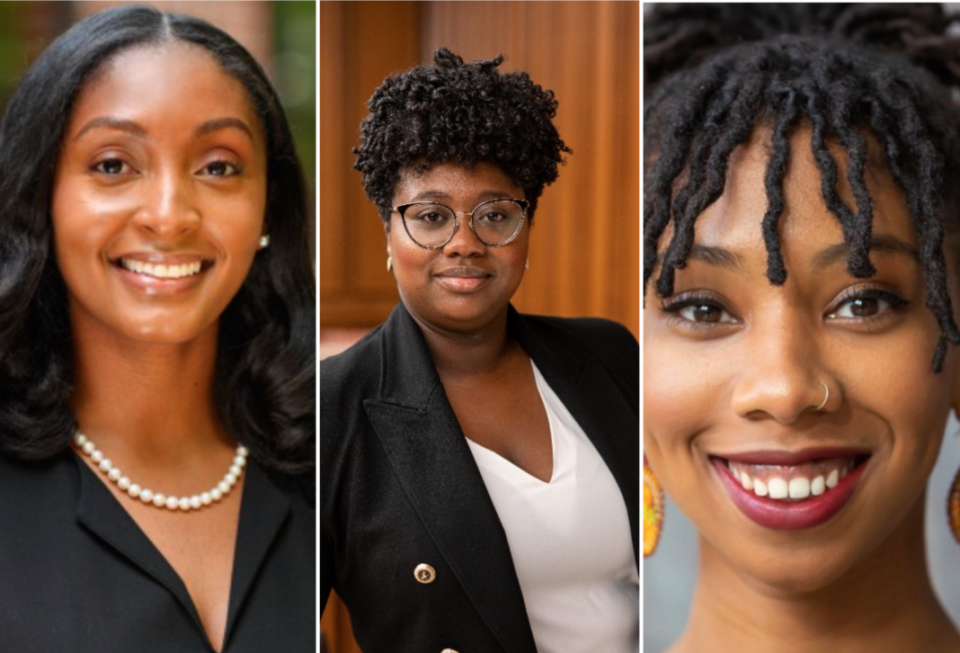 These women have become part of a major network of scholars and prestigious alumni, and they have the support of their fellow classmates.

Black law students Chayla Sherrod, 25, Simone Hunter-Hobson, 24, and Layla June West, 27, are the selected editors for three out of the seven law journals at the University of Pennsylvania.

According to The Philadelphia Inquirer, the women are a part of the 7.2% of Black students out of a total 824 student body at the law school.

After votes from student editors from the prior year, Sherrod was appointed as editor for the University of Pennsylvania Law Review, one of the most prestigious law journals in the country. Hunter-Hobson, president of Penn’s Black Law Students Association, was appointed as editor in chief of the Journal of Constitutional Law. West was selected to head the Journal of Law and Social Change.

“I find it so important, now that we are leaders in the school, to give back to that community that poured so much into me,” said West, a Howard University graduate who got a master’s at New York University in Africana studies.

Reportedly, Penn has appointed the most Black editors of its primary law review compared to any other university. Vernon L. Francis, a partner at Dechert LLP in Philadelphia, was the university’s first when he was selected in 1986. with others following in 2000, 2009, 2015, and within the last four years.

“It would be nice to walk into an office and just see someone who looks like me,” said Sherrod, who got her bachelor’s in environmental studies and political science from Villanova.

“The continual denial of Black women’s existence and intellectual contributions in the classroom causes many Black women to work 10 times as hard compared to their counterparts just to prove their worth, and ultimately leads to serious health concerns, such as anxiety, loss of appetite, and self-doubt,” wrote Hunter-Hobson in a research report that examined racism and sexism in the legal field and its harm to the health of Black women.

Reportedly, Clara Burrill Bruce was the first Black editor, selected in 1926 at Boston University with a twenty-seven year gap between the next selection of a Black editor.