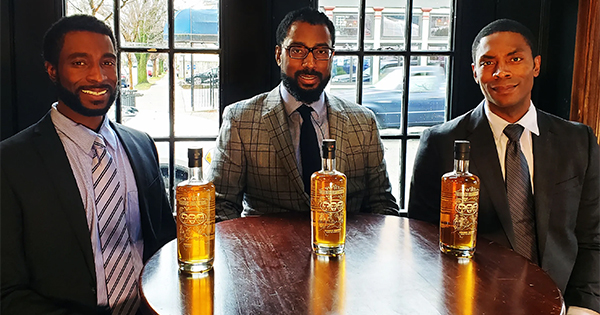 Three brothers are planning to launch their own Kentucky bourbon through their company Brough Brothers Distillery in honor of their surname.

According to BlackBusiness.com, it will be one of the only black-owned distilleries in the country and the first black-owned business of its kind in the state of Kentucky. The trio of brothers—Victor, Christian, and Bryson Yarbrough—went on their own separate paths as they progressed through life but came back together to start this business venture. Their goal was to create their own products to make an impact locally and globally.

Victor, who has been abroad in England for the last 10 years, initially came up with the idea of bottling wines and other drinks in the U.K. He and his brothers are hoping to expand their reach to other areas by exporting their products while also making them available locally.

The distillery, which will be built on 2,200 square feet, will house the Kentucky bourbon production as well as a taste-testing room. They have chosen to establish it on the West End as it has shown great potential for revitalization.

“Realistically we’re going to be producing gin and vodka as well as bourbon,” Victor, the CEO of Brough Brothers Bourbon, told WHAS11. “We’re doing our job to help promote Kentucky outside of the U.S.”

“It’s a fantastic feeling but for us, it’s all about giving back to the community,” he continued. “We want to give back to the city just from our knowledge of pretty much going around the world. We wanted to be able to focus all that knowledge back into the city and give back.”

The company, whose bourbon is currently distributed through Amazon in the United Kingdom, expects to officially launch in Louisville next month, according to Louisville Business First. The brothers say they hope to hire four people at the distillery once it’s up and running.