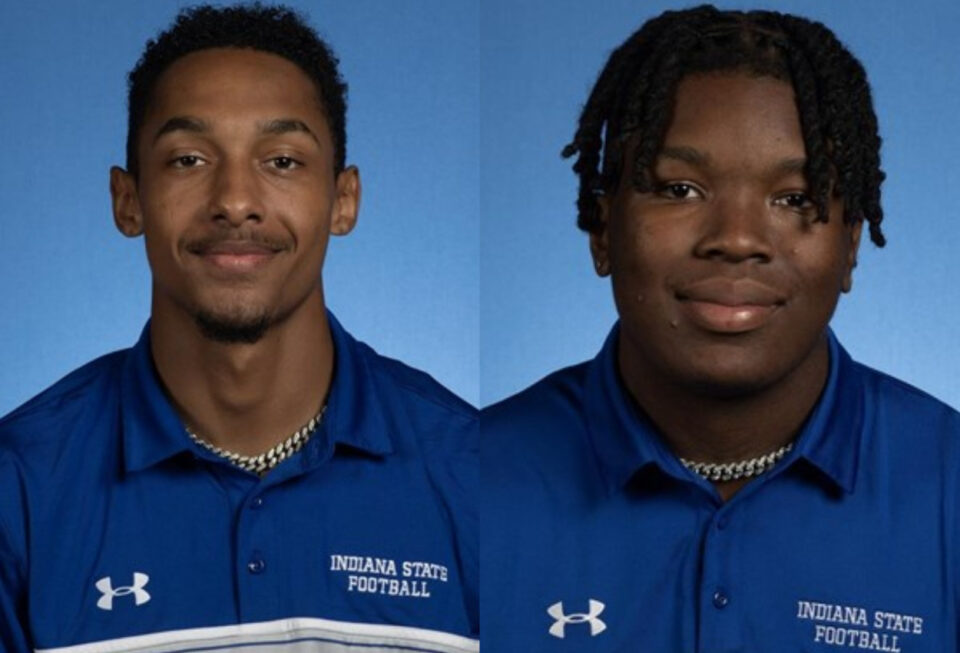 Three students on Indiana State University’s (ISU) football team were identified as the victims of a one-car accident near campus.

Christian Eubanks, 18, Jayden Musili, 19, and Caleb VanHooser, 19, died, and two other passengers were seriously injured in the crash that occurred early Sunday morning. Omarion Dixon, 20, and John Moore, 19, were freed from the vehicle and taken to the intensive care unit (ICU) in serious condition.

The driver and two other passengers were pronounced dead at the scene. All five were ISU students and members of the Sycamore football team.

Vigo County Sheriff John Plasse said the crash happened around 1:30 a.m. in Riley, WLWT reports. The vehicle drove off the roadway and hit a tree. The car was on fire when deputies arrived.

Dixon and Moore have since been taken out of the ICU but remain in serious condition. The ISU community has been mourning the loss of the students.

“There are no words to express the depth of our sadness about this tragedy,” ISU President Dr. Deborah J. Curtis said.

“We send our condolences to the family and friends of the students involved. The Sycamore family is mourning and will support each other in this time of grief.”

VanHooser, a freshman cornerback at ISU, had just graduated from Lakota East High School, where he was a star football player, WCPO reports.

“He made people smile,” Lakota East football coach Rick Haynes said. “The teachers all loved him. He was just a special kid.”

Haynes had just spoken with VanHooser last week ahead of the start of football season.

“I texted with Caleb on Wednesday. I just said how’s it going? He said, ‘Camp was really tough, but I’m pushing through it,’ and he was looking forward to the season,” Haynes said.

Haynes has followed up with VanHooser’s parents, who are heartbroken over the loss.

“The hardest thing about all of this is I just feel so bad for his mom and dad … I talked to his mom on Sunday,” Haynes said.

“The grief in her voice was overwhelming,” he said.