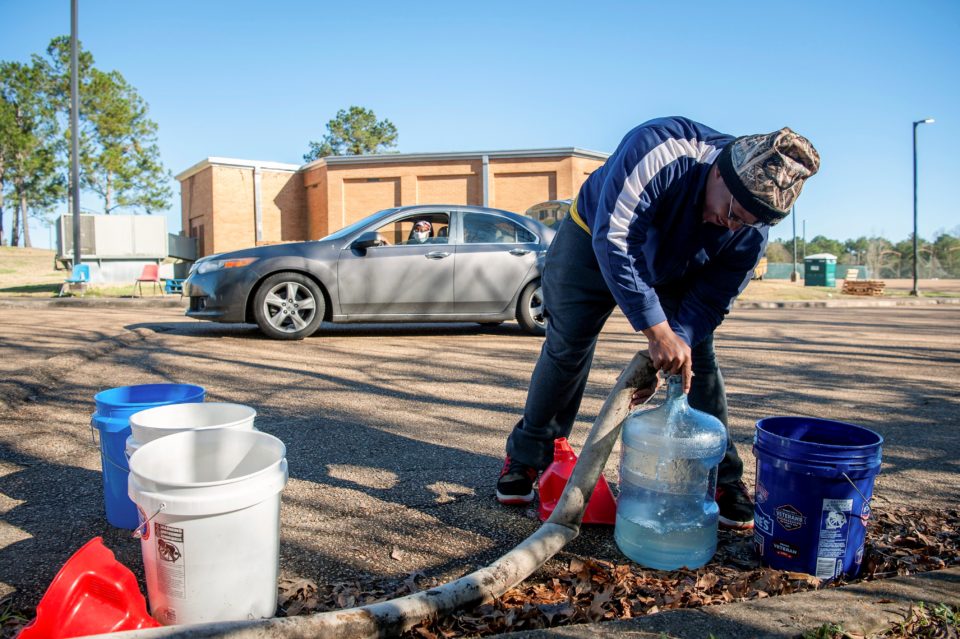 (Reuters) – Officials in Mississippi’s largest city, Jackson, are aiming to have running water largely restored by the weekend, nearly three weeks after devastating winter weather left tens of thousands of residents without service.

The city on Friday was again distributing non-potable water at four sites so people can flush their toilets, and residents must still boil any faucet water before using it for food preparation, drinking, washing dishes or brushing teeth.

Charles Williams, the city’s public works director, said on Thursday that workers should soon be able to sample enough water to lift the boil advisory.

“I see the light at the end of the tunnel,” Williams said at a news conference, sounding more optimistic than he did on Wednesday, when problems at the city’s treatment plant caused pressure to drop across the entire system. At that time, he estimated around a quarter of Jackson’s 43,000 water connections – most of which serve multiple households – were not operating.

Officials did not have an updated estimate as of Friday, though city spokeswoman Michelle Atoa said the system maintained pressure overnight.

She tracked down some packaged water at a dialysis training center. Her husband’s uncle, however, who comes to Jackson to receive his own dialysis at a clinic, went three days without treatment because the facility had no access to water.

“It was very stressful,” said Smith, who compared the situation to living in a “third-world country.”

The problems stem from the same cold snap that wreaked havoc in Texas last month, shutting down the state’s power grid and leaving millions without heat in sub-freezing temperatures.

Jackson, the state capital with a population of more than 160,000 people, has seen more than 100 water main leaks since the storm and has been repairing them as quickly as possible, officials said.

Resident Jennifer Cattenhead, 39, and her three children finally had water service return on Thursday after more than two weeks without it.

Cattenhead had driven miles to find stores with jugs of water in stock, and she melted ice to use for flushing toilets. The first week after the storm, her house also had no power or heat, forcing her family to sleep in their cars for warmth.

The crisis has also shuttered businesses across the city. Jeff Good, the co-owner of three restaurants, said his pizzeria, Sal & Mookie’s New York Pizza & Ice Cream Joint, would open on Friday for the first time since Feb. 17 after getting water restored on Thursday.

Workers at his Broad Street Bakery & Café, meanwhile, were spending all day on Friday baking after the water returned ahead of reopening on Saturday morning.