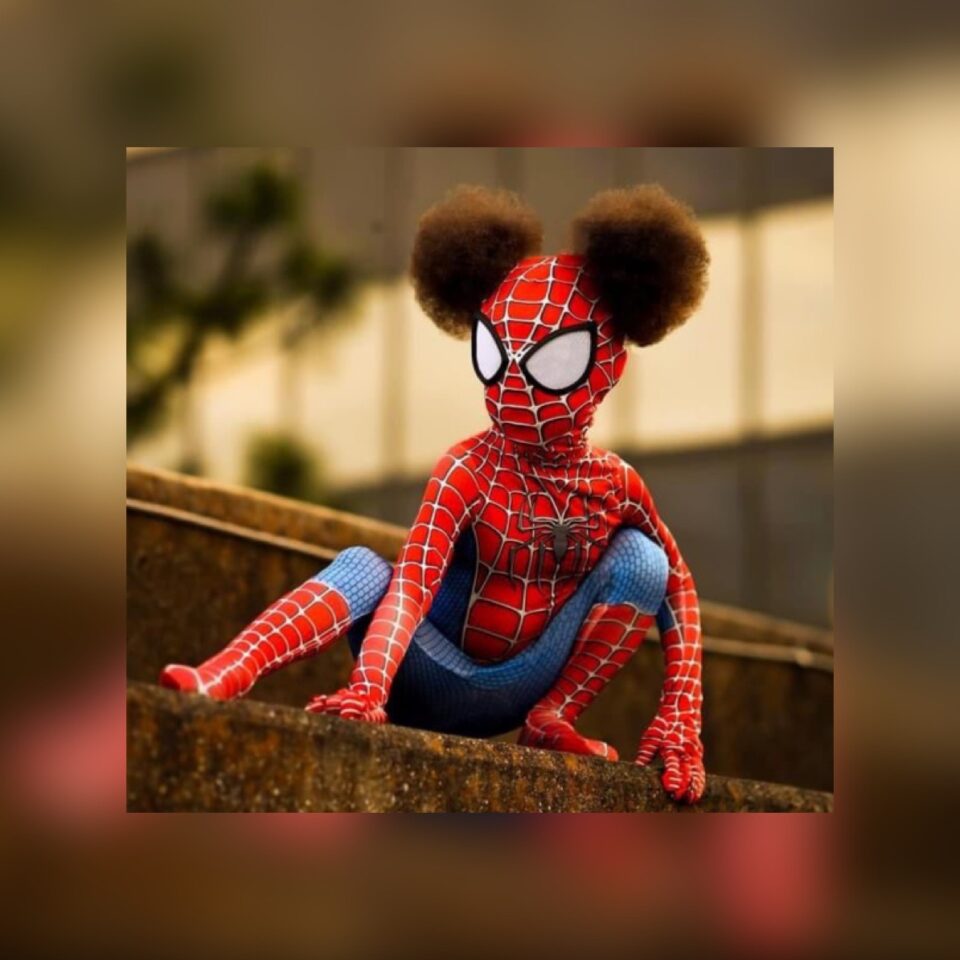 With great power, comes a great pair of afro puffs for one special little three-year-old girl who got to show off her Black girl magic in a photoshoot as Spider Girl.

Based in Mobile, Alabama, Rae’s Bleu Rose Photography threw social media in a frenzy when she posted snapshots of the friendly neighborhood Spider Girl named Rose, whose identity still remains a mystery.

But much like her cosplay namesake, little Rose has captivated the hearts of many on social media with her spider-like cuteness, adorned with her magical afro-puffs.

The photos display her ability to grip surfaces, her agility, and her prowess in shooting webs from her hands, and it goes without saying, Rose is the superhero we all need.

Rae took the snapshots in celebration of the 3-year old’s birthday with the caption:

Rae’s Facebook followers fell in love with the photos and the posts amassed 32,000 likes, 5.7K comments, and 71K shares and counting.

Showing a young black girl cosplaying a venerable American superhero helps break down racial barriers in the cosplay community, according to many online.

Many cosplayers of color have not been well received. They have faced sexism and racism when cosplaying characters of other ethnicities, which points to the lack of captivating characters of color that can choose from when determining who they want to portray, reports Black Girl Nerds.

Cosplayer La’Quese Watts dressed up as Gwenpool, a character from Marvel Comics who recalls experiencing discrimination.

“I face discrimination in the cosplay community for my skin color. The first time was my very first cosplay. I dressed up as Chi from Chobits, and a person pointed out (that I was) a Black Chi,” said Watts. “At first, it hurt me because I would never have thought people would be like that in the community. Thanks to friends and family, I kept doing what I love. People of color should be themselves and screw what others say. There is always someone around who’s a troll. Half the people are dressing up as Japanese characters, and they aren’t Japanese.”

As a result, cosplayers of color have created Facebook communities to post their costumes without backlash. The POC Cosplayers group boasts 11.9K members and boldly tells the world that Black people can be geeks and celebrate their melanin, as our beloved Rose has shown.

We love to see little Black girls blossom in such a inspiring way.