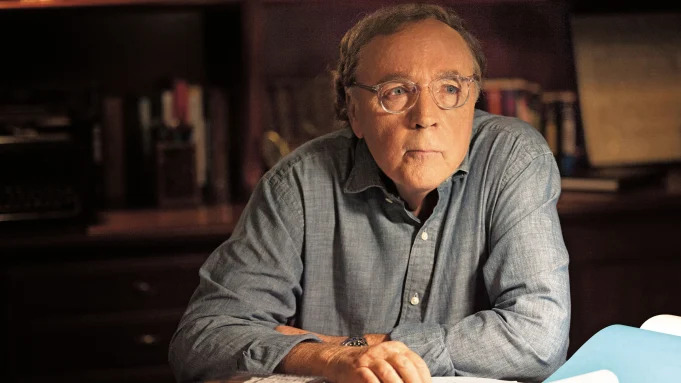 Author James Patterson — whose autobiography will be published by Hachette Book Group imprint, Little, Brown & Co., this week — is receiving backlash after commenting in an interview that white men now face “just another form of racism” in the struggle to find writing jobs in film, theater, TV and publishing industries.

According to Bloomberg, Patterson made the comment in an interview with The Sunday Times in the UK published on June 12. He said it was “harder” for older white male writers who look like him to secure writing gigs.

“Can you get a job? Yes. Is it harder? Yes,” he said in the interview. “It’s even harder for older writers. You don’t meet many 52-year-old white males.”

Since 1976, the 75-year-old thriller novelist has published 260 Times best-sellers and his books have sold more than 300 million copies worldwide. Many of his novels have become bestselling series, with six made into films over the years.

Patterson is notable for his neo-noir psychological thriller book series following Detective Alex Cross, later played by actor Morgan Freeman in 1997’s “Kiss the Girls” and its 2001 sequel, “Along Came a Spider.”

Over the last decade, the writer’s total income was estimated at $677 million (£558 million), the Daily Mail reported.

Patterson is now gearing up to release his memoir, James Patterson: The Stories of My Life. Meanwhile, several commentators, readers, and writers took to social media to object to his claims, citing how extremely successful he’s been throughout his 40+year career.

In one tweet, author Leah Johnson commented that Black, Indigenous, and other writers of color “are still struggling to pay their rent and working for well under a living wage but please tell me again how racism is hurting older white men in the industry.”

The number of times I have heard people I know *almost* say this directly to me. I am unsurprised. It’s dead wrong, but folks in ur life are thinking it daily. https://t.co/NmGNRE56Jk

I’ve seen librarians stressed into early retirement because they have to catalog 4067 James Patterson books. https://t.co/S5vABL94Sf

Man crying as he has had a slight feeling of isolation and ignorance.. what my Chargies have had to deal with for time ✋

Patterson even had the audacity to gripe about Woody Allen and the fact that his book was pulled from  Hatchette Book Group after employees walked out of work in protest.

“The decision to cancel Mr. Allen’s book was a difficult one. At HBG we take our relationships with authors very seriously, and do not cancel books lightly. We have published and will continue to publish many challenging books,” Sophie Cottrell, a spokesperson for Hatchette, said in an emailed statement to USA TODAY at the time. “As publishers, we make sure every day in our work that different voices and conflicting points of views can be heard.”

Allen, accused of being a pedophile, found a new home for his book, which Arcade Publishing published.