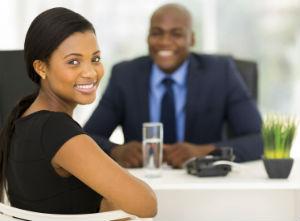 It was a bittersweet moment for Carl Satterwhite when he toasted the commercial real estate purchase of the iconic 1920s Vernon Manor hotel with a majority interest held by a group of African American first-time investors. That’s because he had worked as a maintenance worker at the hotel during his college days. “Here I was standing as a part-owner of a building that once didn’t allow African Americans to stay in it,” recalls Satterwhite, president and CEO of the RCF Group, an office furniture and workplace design firm, grossing about $43 million.

Satterwhite spearheaded Real Estate Enterprises for African American Leaders L.L.C. (REEAAL), which consisted of 18 investors and raised $2.7 million in a private offering. As a result, the facility became 51% owned by REEAAL and the remainder by Al Neyer Inc., a local commercial real estate developer. Construction began in April 2010, with a $37 million renovation that included a $10.5 million parking garage addition. The Vernon Manor reopened in June 2011 as an office building for the Cincinnati Children’s Hospital Medical Center.

“Prior to converting it to a hospital, the 100-year-old hotel was going to go to Section 8 housing,” recounts Satterwhite. “Once that door of opportunity opened up, it allowed those of us who were really conscious about legacy and generational wealth to say, ‘What are we going to do differently?’ We had doctors and business leaders involved in this project.”

Laura Brunner, who at the time was an executive vice president at Neyer, led the charge in 2009 of targeting, educating, qualifying, and coordinating the efforts to attract affluent African Americans into real estate investment. “I started doing some research on commercial real estate ownership and found that in our country, the average net worth for African Americans is $6,000 compared to $120,000 for whites,” Brunner told Black Enterprise in the 2014 December/January issue. “I couldn’t find virtually any African Americans who owned commercial property in downtown Cincinnati. We had a chance to redevelop a former hotel, an important property in our urban core.”

It also has gotten easier for regular people to invest in business opportunities together with the SEC finally passing Title III Crowdfunding last fall, opening up the doors to a wider pool of investors for minorities. Title III of the JOBS ACT allows all non-accredited investors (those who have less than $200,000 in annual salary or $1 million in assets) to invest in private offerings. Meaning, startups can solicit anyone, regardless ofÂ their location or wealth, thereby giving small investors a chance to invest in a local daycare center, hair salon, or restaurant.