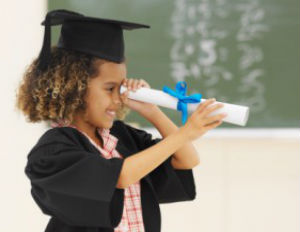 In 2009, the Obama administration saw a chance to tackle a problem that had bedeviled educators for decades.

“Our goal is to turn around the 5,000 lowest performing schools over the next five years, as part of our overall strategy for dramatically reducing the dropout rate, improving high school graduation rates, and increasing the number of students who graduate prepared for success in college and the workplace,â€ said Arne Duncan, the administration’s new secretary of education, in August of that year.

[Related: No Services for Gifted Children in Communities of Color]

The administration pumped $3 billion of economic stimulus money into the School Improvement Grants program. Six years later, the program has failed to produce the dramatic results the administration had hoped to achieve. About two thirds of SIG schools nationwide made modest or no gains – not much different from similarly bad schools that got no money at all. About a third of the schools actually got worse. Even Duncan acknowledges that the progress has been “incremental.â€

School turnaround is “hard, but it’s not rocket science,â€ said Sarah Yatsko, a senior research analyst at the Center on Reinventing Public Education. “We know a lot about what an effective turnaround strategy looks like.â€

But then why has the SIG program, created in 2007 under President George W. Bush, produced such uneven results at a total cost of about $7 billion? A comparison by POLITICO of two troubled high schools – one in Miami and one in Chicago – both of which received millions in SIG funds, both of which followed a similar turnaround strategy, reveals that education officials at the federal, state, and local levels paid too little attention to a key variable for success. One school made impressive gains, rebounding in three years from an “Fâ€ rating to a “B.â€ At the other, less than 10% of juniors are proficient at reading, math, and science – the same level as before the grant.

The difference between the schools was in their readiness to make use of the sudden infusion of money. In Miami, school district officials had prepared for the grants. They had the support of teachers, unions, and parents. In Chicago, where teachers fought the program and officials changed almost yearly,Â schools churned through millions of dollars but didn’t budge the needle.

Now, the Department of Education is preparing for another multi-million dollar grant competition. But interviews by POLITICO with nearly two dozen analysts, teachers, administrators, and policymakers who have studied the performance of SIG schools, raise questions about whether any of the changes ordered by the Department of Education or Congress will actually yield better results for the money spent.