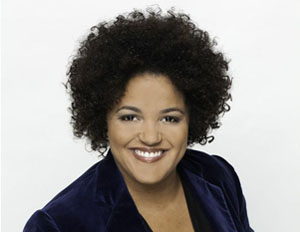 Tanisha Robinson has a knack for knowing how to follow trends; and how to make money in the process.

A former Arabic linguist for the US Army, Robinson launched Fudha, a daily deal website targeting Central Ohio-based independent restaurants in 2010. The site offered daily coupons and donated a portion of each sale to the Mid-Ohio Foodbank. The social enterprise contributed over 30,000 meals to the Mid-Ohio Foodbank, supported the local restaurant community, and saved its members over $250,000 on the best independent restaurants in Central Ohio.

A year later, at the height of its popularity, Robinson, who moved to Damascus, Syria, and worked in women’s and human rights throughout the Middle East for almost two years, sold Fudha for an undisclosed amount to 614 Media Group.

Now, she’s at it again. This year she launched TicketFire, a mobile app that allows ticket holders to scan their paper event tickets, and then share, sell or transfer those tickets to other people also using the app.

“We believe that this revolutionizes the secondary ticket market. Basically, a lot of tickets go unsold, because of constraints around how to physically get the ticket somewhere. We solve this problem,â€ says Robinson, who studied Arabic and political theory at Ohio State University.

But while Robinson is at work digitizing physical tickets with TicketFire, she’s doing the exact opposite with her other startups Skreened, LookHuman and Print Syndicate, design, marketing and ecommerce platforms focused on printing high-quality products from digital photos to consumers on-demand.

BlackEnterprise.com caught up with Robinson, our Tech Startup of the Week, after the 2013 Black Enterprise Entrepreneur’s Conference where she spoke as a panelist about the usefulness of incubators and accelerators. Here, she talks juggling more than two tech startups, rocking the tech world from Columbus, Ohio, and advice on exiting a company.

BlackEnterprise.com: What inspired you to launch TicketFire?

Robinson: Sheer frustration with the existing model. Right now, if you have a paper ticket and you lose it, there’s no help. Or if you want to give a ticket to someone, or sell it, you have to deal with an actual physical, in-person transaction. And it’s 2013! It just seems crazy that you can deposit a check and get on a plane with your phone, but you can’t get into a concert or baseball game.

Where did you get the money to start the business?

My partner and I both put in work and effort to get the idea off the ground with no money. From there, we’ve raised $25,000 from TechColumbus, and are in the process of raising more funds to expand the platform.

What practical advice or tips would you give tech entrepreneurs about exiting a business successfully and profitably?