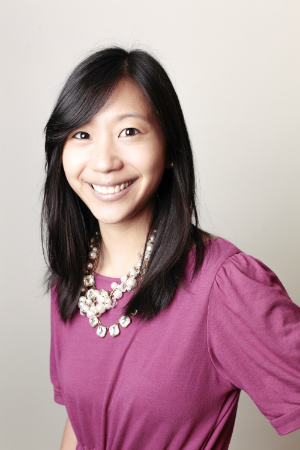 Don’t let the petite frame and sweet voice fool you. Tiffany Yu, Director of Business Development for Sean “Diddy” Combs’ REVOLT TV,Â is a force to be reckoned with. In short, she works directly with the network’s Chief Financial Officer to “analyze strategic opportunities about our business.”Â Her journey has been an impressive one and she’s acquired wisdom beyond her 26Â years of ageÂ along the way. BlackEnterprise.com was able to catch up with the busy career woman to talk about it all. Check outÂ what she had to sayÂ on what it’s like working for Mr. Combs, defeating her physical disability, the value of relationships and so much more.

BlackEnterprise.com: You have what many refer to as a “dream job.” How’d you land your current position at REVOLT TV?

Tiffany Yu: Connections and having a network are extremely important, and the whole reason that I found out about this opportunity was a former colleague of mine… told me that the Chief Financial Officer was looking for someone to work with him. This happened about a year ago and there was no public job listing for it. …and then a couple of months later [I] had lunch with the CFO… and then the rest is history!

Wow! So the job opening wasn’t even publicly posted? That referral really speaks to the impression you left on colleagues.

Exactly. One piece of advice I usually give people is never burn bridges, especially when you’re leaving a job. This world that we live in is so small, the media and theÂ finance worlds.Â Being connected and being vocal about what you’re interested in is really important.Â This former colleague of mine (we both worked in finance but we covered health care companies) knew that I was interested in making a move over in the media space. So, we hadn’t really been in close contact but he knew enough about my background in finance and my interest in media to want to make that referral.

What peaked your interest to want to crossover to media?

I think it goes back when we were kids. For me, it wasÂ coming home from school and turning on the television to see who Ellen had as her special guest, or the nightly news. Those were always my role models growing up. And I think there’s so much going on in the media space right now; it’s just so exciting to be a part of it! You know, we live in a world now where there’s so much more than just coming home from school and turning on the television. You’re connected to your cell phone, you’re logging onto Twitter, you’re sending things to your friends through Snapchat. So just being inside that world as there’s so much innovation going on is really exciting!

Read onto the next page to get Tiffany’s take on working for Diddy.