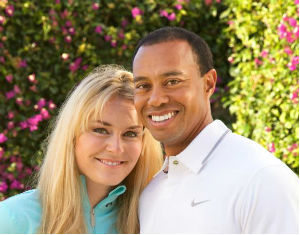 Photos like this -- posted to the Facebook accounts of Tiger Woods and new girlfriend Lindsey Vonn -- were strategic, Woods says.

Tiger Woods has been playing great golf of late and, apparently, there’s a reason why.

“This season has been great so far and I’m happy with my wins at Torrey and Doral. Something nice that’s happened off the course was meeting Lindsey Vonn. Lindsey and I have been friends for some time, but over the last few months we have become very close and are now dating. We thank you for your support and for respecting our privacy. We want to continue our relationship, privately, as an ordinary couple and continue to compete as athletes,” he said.

US Weekly and People both had stories citing sources saying that the two were getting closer, and that they had spent time with each other’s families.

Woods is the early heavy favorite heading into the Masters, which begins April 11.