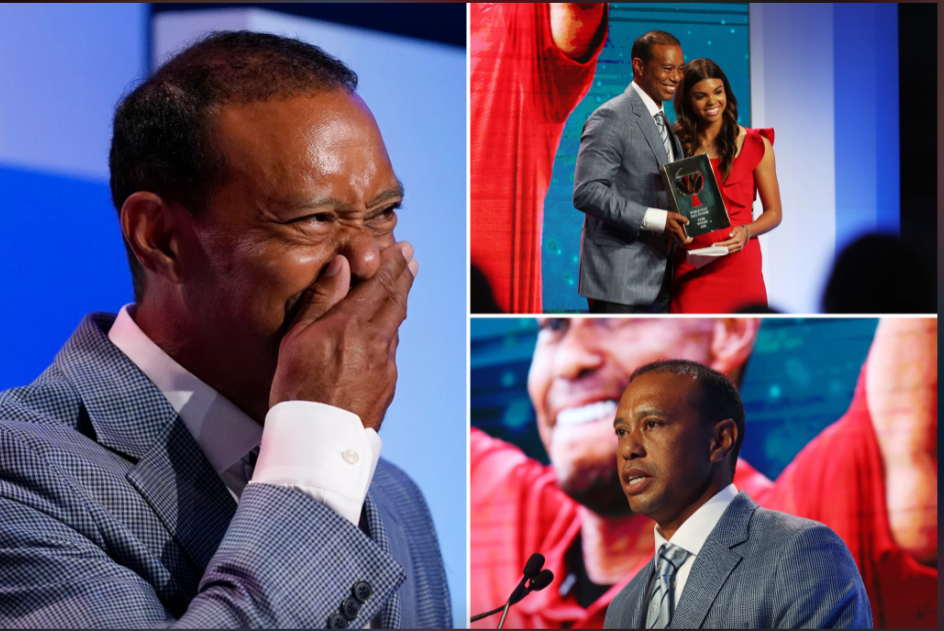 Tiger Woods, arguably one of the best golfers of all time, has strengthened his legacy now that he is formally inducted into the World Golf Hall of Fame.

On Wednesday, Woods was inducted into the prestigious club by his 14-year-old daughter, Sam, who gave a heartfelt speech that brought her father to tears, the NY Post reports. Sam offered sentimental words that signified the strength and willpower of Woods, who became an 82-time PGA TOUR winner and 15- time major champion.

She also spoke lovingly of her dad’s resilience, even when he was hospitalized and was unsure of the outcome due to his injuries.

“Recently dad had to train harder than ever. About a year ago you were stuck in a hospital bed at one of your ultimate lows and one of the scariest moments of your life and ours,” Sam said to a captive crowd.

“We didn’t know if you’d come home with two legs or not. Now not only are you about to be inducted into the Hall of Fame, but you’re standing here on your own two feet. This is why you deserve this because you’re a fighter. You’ve defied the odds every time, being the first Black and Asian golfer to win a major, being able to win your fifth Masters after multiple back surgeries, and being able to walk just a few months after your crash.”

“Dad, I inducted you into the Dad Hall of Fame a long time ago, but today I am so proud to present my dad, Tiger Woods, into the World Golf Hall of Fame.”

A post shared by World Golf Hall of Fame (@golfhalloffame)

Other Hall of Fame athletes and future ones (in their respective sports) participated in the live induction ceremony telecast. Tom Brady, Serena Williams, Michael Phelps, Jerry Rice, Annika Sorenstam, and Jack Nicklaus offered insight into Woods’ legacy as one of the greatest sports figures of all time.

As part of his induction speech, Woods spoke of something his father, Earl Woods, taught him that propelled his success.

“One of the things that Dad had instilled in me is that he grew up in an era, same era as Charlie Sifford and why my son is named after Charlie, is that you had to be twice as good to be given half a chance. So that understanding and that drive, as Sam said, train hard, fight easy. I made practicing so difficult, hurt so much because I wanted to make sure that I was ready come game time. I hit thousands of balls, hands bleeding, aching, just so that I could play in a tournament.”