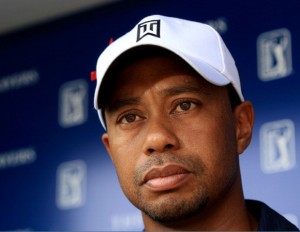 Defending champion Tiger Woods withdrew from the Arnold Palmer Invitational at Bay Hill Tuesday, citing back problems — the same pain that caused him to drop out from The Honda Classic with five holes to play in the fourth and final round just two-and-a-half weeks ago.

“I personally called Arnold today to tell him that, sadly, I won’t be able to play in his tournament this year,” Woods wrote in a tersely-worded statement on his website. “I would like to express my regrets to the Orlando fans, the volunteers, the tournament staff and the sponsors for having to miss the event. Unfortunately, my back spasms and the pain haven’t subsided.”

Woods withdrew from the Honda Classic and didn’t speak to reporters. Woods has won at Bay Hill eight times, but his focus to get healthy will no doubt focus on Augusta National in three weeks, which he has won four times.

His massive success at Orlando, however, and his affection for Arnold Palmer is an indication the injury could be as serious as the knee injury which caused Woods to completely restructure his swing.

“It’s too early to know about the Masters, and I will continue to be evaluated and work closely with my doctors,” Woods said. “I feel badly that I won’t be able to play in this great tournament this week.”