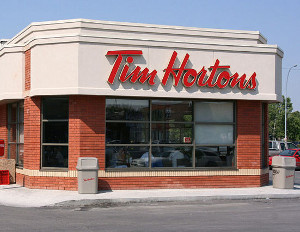 Canadian coffee chain Tim Hortons found itself in a midst of controversy after a teen suffering from an asthma attack was refused aid by the coffee chain’s employees.

The incident happened on Sunday when Brett Wolfe stopped at a Tim Hortons store in downtown Ontario while having breathing problems. When Wolfe asked to use the phone, he says staff did not respond with urgency.

“They said, ‘There’s a payphone across the street.’ Well, I said ‘I need to call 911, I’m short of breath, I’m having an asthma attack’ and they just ignored me.”

Aldina King, who was with Wolfe when the attack happened, said it was clear her friend “needed hospital attentionâ€ but the staff barely reacted.

To further exacerbate the situation, when paramedics arrived after being called by a quick-thinking patron, they weren’t allowed to enter through an exit-only door.

Tim Hortons said its employees are encouraged to recognize signs of distress and call 911. They also said the teen asked to used the phone but did not indicate he was having trouble breathing until an employee went to get a manager.

In a statement sent to CBC News, the company said “our restaurants normally handle these unique situations right in the vast majority of cases. In this particular situation, this team member misjudged the circumstances.”