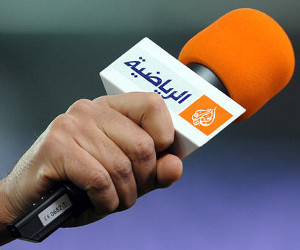 Al-Jazeera, owned by the government of Qatar, plans to transform Current TV into a new network called Al-Jazeera America, by adding new U.S. bureaus to supplement the five it already owns, as well as hire new journalists. More than half of the content will be U.S. news and the network will have its headquarters in New York, spokesman Stan Collender said.

Current TV is expected to post $114 million in revenue in 2013 and has a cash flow of nearly $25 million a year. Before being purchased Current TV was available in 60 million homes, partially because it’s carried by Comcast Corp., which owns a less than 10 percent stake in the network.

Current started as a channel solely devoted to user-generated content. But it gradually changed into a more traditional format of political talk television with a liberal bent, similar to MSNBC. Gore worked as an analyst during its recent election night coverage. Other hosts on the channel include former New York Gov. Eliot Spitzer, and former Michigan Gov. Jennifer Granholm.

Hours after news of the cable channel’s sale to Al-Jazeera became official, Time Warner Cable stopped transmitting its signal. Without Time Warner the channel stands to lose access to 12 million homes, a major setback to the already struggling channel.

A Time Warner Cable spokesman said in a statement that “our agreement with Current will be terminated and we will no longer be carrying the channel.” No further information was given regarding the decision. Al Jazeera will acquire Current’s broadcast deals with other cable providers, including DirecTV, Comcast,Â  Dish, Verizon and AT&T.