Time Warner, Cablevision To Increase Surcharges To Sports Packages In 2015 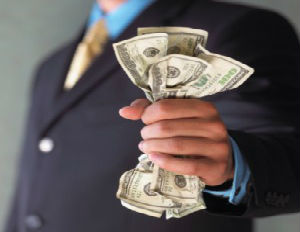 Cable subscribers may mull over cutting the cord in 2015 due to the increase in surcharges that carriers will tag onto user’s bills.

According toÂ EM>Multichannel News and depending on who your pay-TV provider is, an increase of fees will begin at the top of the new year. Time Warner Cable is the first to impose these new rates, which will see subscribers paying from $2.25 to $2.75 a month for channels such as ESPN and regional sports networks like FOX Sports.

Carriers are blaming the hike on the rising cost of sports programming.

Other carriers that have lifted prices include Cablevision Systems, DirecTV, Comcast and Mediacom Communications. Included in the report, Time Warner Cable will also “increase its monthly modem lease fee from $5.98 to $8 next year,â€ which shouldn’t make internet-heavy users happy at all. It is said that customers can avoid the lease charge if they purchase their own modems.

It is not all doom and financial gloom, as those who subscribe to the standard TV service with Time Warner “will not be charged the Sports Programming Feeâ€ because they are considered promotional offers. For other customers who are with Time Warner Cable, their monthly charges will increase once their promotional period ends.

Time Warner Cable is getting an early jump on the steep escalation in media rights fees to broadcast sports. The NBA recently renewed its TV contract with ESPN and TNT to the tune of $2.66 billion. According to Multichannel News, TWC exclaims that broadcast fees alone have increased 60 percent in the last two years, and the cost of sports programming has gone up 91 percent.

For the millions of cable-loving, pay-TV subscribers, a separate report states, “Cablevision said that due to increased programming costs, the monthly Sports and Broadcast TV Surcharge would rise from $4.98 per month to $5.98 per month beginning in January [2015].â€ DirecTV will be expanding a $3 surchage increase that they implemented in August due to other regional sports networks doing the same in the upcoming spring season of 2015.

There’s no word on whether Verizon will jump into the fray, yet.