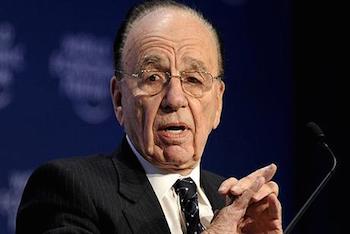 Rupert Murdoch’s media empire attempted to make an $80 billion bid to take over Time Warner Inc. but was rebuffed, according to The New York Times.

In a statement released today, the company confirmed that 21st Century Fox “made a formal proposal to Time Warner last month to combine the two companies.”

“The Time Warner board of directors declined to pursue our proposal. We are not currently in any discussions with Time Warner,” the statement continued. CBS and ABC are viewed as potential suitors in this scenario, as Fox indicated that it would sell off CNN to stave off any antitrust concerns.

The company originally approached Time Warner in early June, in a private meeting between 21st Century Fox president Chase Carey and Time Warner CEO Jeff Bewkews, and delivered a formal takeover proposal later in the month, according to New York Time‘s sources. Time Warner decided it was best to remain independent and delivered a “terse letter rejecting the offer” early this month.

One of the main points of contention was that “the stock portion of 21st Century Fox’s offer would be made with nonvoting shares.” People involved in the discussions told the New York Times that Rupert Murdoch is staunchly determined to buy the company and is unlikely to walk away so easily.