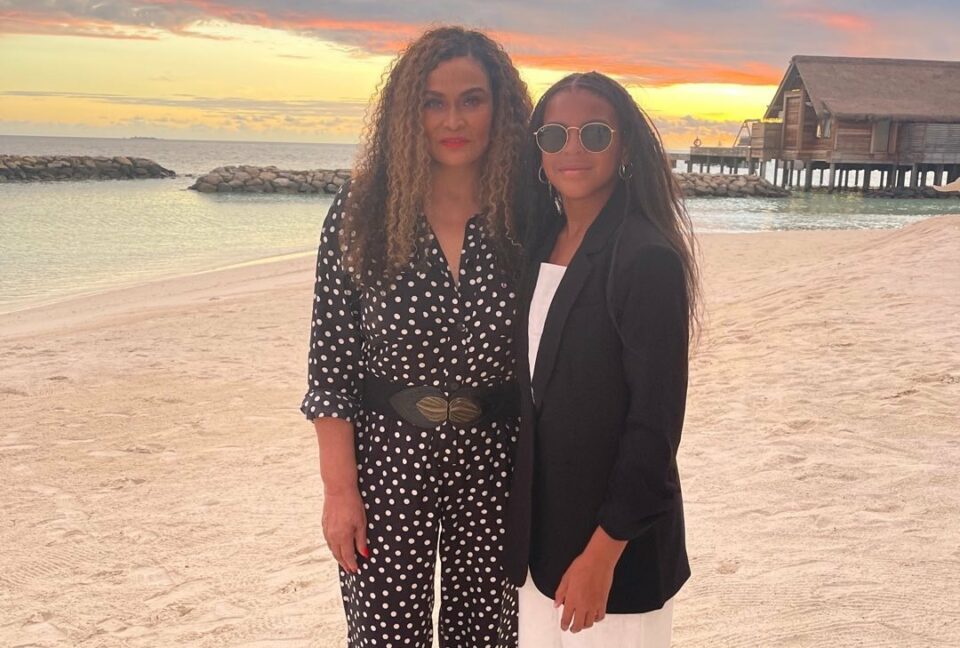 Blue Ivy Carter – perhaps the most accomplished 5th grader in America – turned 10 on Friday, giving her grandmother Tina Lawson yet another opportunity to brag about her grandbaby on Instagram.

Sharing a brand new photo of herself with Blue on the beach, Beyonce‘s mother gave her followers some insight into the young lady her “little Capricorn Twin” is growing to become.

“She reminds me that “Grandma you are acting just like a Capricorn,” Lawson wrote. “Blue gives the best advice like a grown person I sometimes forget that she is so young!!! Blue is one of those rare gifted people that can do everything well! God Blessed me the day you were born!”

What struck many commenters on Lawson’s page and across social media as the photo went viral is how tall the 10-year-old has grown,as it did with the Beyonce’s last Ivy Park release. Blue, who’s father Jay-Z stands 6’3″ tall, stood almost shoulder to shoulder with her grandmother in the shot.

No lie.. when I first seen this pic, I scrolled right past it and assumed it was Ms.Tina pictured with some adult. Then I seen it again, read the caption, zoomed in & was shocked! 😭 Blue looks like a lady 😩

Just a few days after her birth, Blue set the Guinness World Record for the youngest person to appear on a Billboard charted lending her newly-born cries to her father’s song “Glory.” Since then, she’s gone on to steal her parents’ spotlight often and break several age records while winning awards as a recording artist, songwriter and voice actor.

Her appearance on her mother’s 2020 single “Brown Skinned Girl”, alongside Afrobeats star WizKid and rapper SAINt JHN – made Blue the youngest recipient of a BET Award and also earned her a Soul Train Award and an NAACP Image Award. The song’s video won an MTV Music Video Award and gave Blue the distinction of being the second youngest person to win a Grammy.

According to Complex, just last month she was awarded the prize for Best Voiceover of a Children’s Book at the 2021 Voice Arts Award.