14 Reasons You're Public Enemy No. 1 at Work 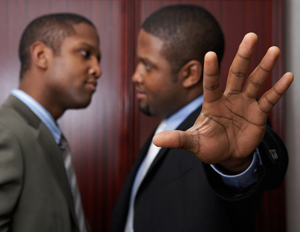 So you haven’t received that promotion you think you deserve. Or maybe you just don’t fit in with the company. No one’s running to invite you to after-work drinks, nevertheless that career-changing project. But why?

Maybe they simply don’t like you. Maybe there are things you’re doing that prevent people from relating with you on any level other than when it’s mandatory. Check out the common reasons you may be unlikeable to make efforts for change:

You’re sickeningly positive. This is equally as annoying as always complaining. When there’s a fire, employees want and expect you to acknowledge it, not rattle off positive reaffirmations. Employees want a calm and collected leader in times of distress, not Stuart Smalley.

You gossip like a spoiled prom queen. This one needs no explanation.

You kiss up to your boss. Nobody respects a suck up. You emit an unpleasant odor when you’re always telling your boss how nice he looks or how brilliant he is while you treat your subordinates like compost.

You take credit you don’t deserve. What would you do if your manager presented the winning idea you thought of to the executive team, claimed full ownership of that idea and glowed in the accolades, never mentioning your name?