How to Resign with Grace 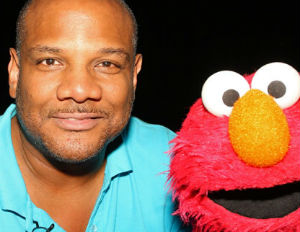 A week before Thanksgiving, we learned that Elmo will no longer reside on Sesame Street. After 28 years of working as the voice and persona of the red, lovable, furry puppet, allegations emerged that Emmy award-winning puppeteer Kevin Clash was accused of engaging in sexual activity with underage male teenagers. After the second allegation surfaced, Clash resigned. Following Clash’s resignation, a third sexual allegation came forward.

Despite whether you find yourself in the middle of an unfortunate scandal or decide that it’s just time to move on, check out these 4 do’s and don’ts when resigning from your company.

Do give notice: Give your boss or supervisor ample time to absorb and process the information. Generally, acceptable notice is two to four weeks.

Don’t be negative: Don’t bad mouth your coworkers or supervisors. It’s a small world and you don’t want to be perceived as being difficult to work with. (Plus, you never know who you could end up working for). You don’t want your conversations to come back to haunt you.

Don’t forget to write a resignation letter: It’s best to have written documentation of your resignation for your employment file. Resignation letters are a courtesy to your employer, simply stating that you are leaving your current position to pursue other opportunities. The letter should be brief and professional, and there’s no need to go into specifics on the new gig or other details.

Do exit with class: Make your transition as smooth as possible. It’s important to stay a productive member on the team. Do your best to complete all of your major assignments and provide a detailed progress report to your boss. Offer to help train your replacement and keep your network strong by staying in touch with old coworkers and mentors.

FacebookTwitterYoutube
← Entrepreneurs on Chicagoâ€™s West Side get Assistance Launching Businesses ← Is Playing the Lottery for ‘Losers?’
×