She Was Tired of People Touching Her Hair, So She Created This App 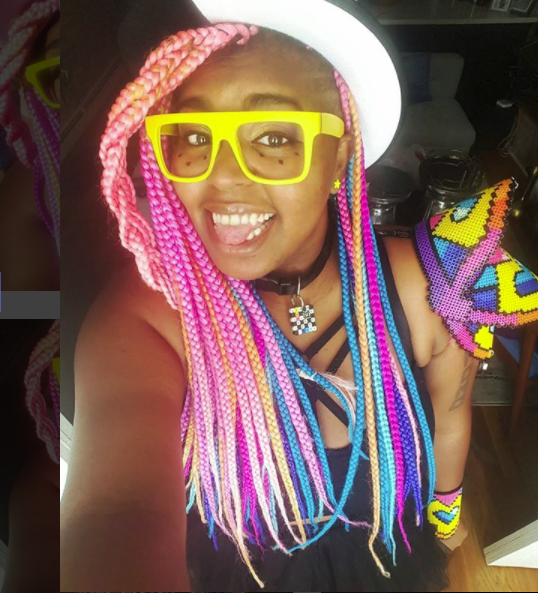 Fed up with folks coming up to her and asking to touch her hair, art director and creative Momo Pixel, created a web-based app addressing the issue, reports Mashable.

Described as “A new travel game about a black woman tired of people touching her hair,” game play involves swatting as many hands away from your customizable character’s hair as you can. The more hands you swat, the more you fill your Nah! Meter. Fill the meter before time runs out.

Pixel, an art director at the Portland-based advertising agency Wieden + Kennedy, is known for her pixel-based artwork. She had an art show, “Momoland” in an Atlanta-based gallery in 2016. She is an abstract painter as well as a designer.

“I’m really into making ordinary things extraordinary,” she says. “It’s all about pushing the limits of things,” she said in an interview with Creative Loafing.

Black women have long lamented the “Can I touch your hair?” question. It often accompanies other inappropriate questions asked by non-black people; “How do you get your hair like that?”; “Can you wash it?”

Many African American women also have to deal with ignorance about their hair in the workplace. Dr. Erica Jones, board-certified family medical practitioner, and a ‘locs-wearer for about a decade, discussed the responses she received from patients in her practice in an interview with Black Enterprise.

“When people ask me how my hair grows and how I wash it, I tell them that it grows just like yours and I wash it just like you do,” Jones said.

“My hair sparks conversation from people who aren’t used to seeing natural hair and who are genuinely interested. I handle it by being open and light-hearted when approached with questions regarding my hair. If they ask to touch it, sometimes I’ll ask, ‘Why?’ Usually, they want to know what it feels like and if it’s real.”

So I made a game cause I got tired of women putting their hands in my hair. https://t.co/q0M3i4Pwoh #donttouchmyhair #hairnah pic.twitter.com/9wsvIHbEMe