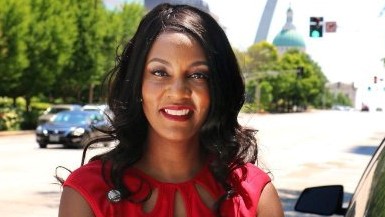 Caption- Meet Tishaura Jones. She will be sworn in on April 20 as St. Louis’s next mayor. Jones made history as the the city’s Black female mayor. Twitter

It was a tight mayoral race, but history was made in St. Louis on Tuesday. The AP reported that St. Louis elected Tishaura Jones, 49, as the city’s first Black female mayor, while defeating Alderwoman Cara Spencer in the general election with 51.7% to Spencer’s 47.8%, based on unofficial results posted on the city’s website. Jones is a former state representative who has served as treasurer since 2013. Incumbent Mayor Lyda Krewson—who was reportedly the city’s first woman mayor—announced in November that she would not seek a second term. Jones will be sworn in on April 20.

AP reports that Jones has been outspoken in her criticism of the criminal justice system’s “arrest and incarcerate” model. Dealing with violent killings will be among Jones’s serious challenges, in addition to revitalizing the economy and helping small businesses, which are struggling to recover following COVID-19 shutdowns. It’s been reported that St. Louis has recorded 46 killings through this past Tuesday, which is approximately 10 ahead of last year’s pace.

Nevertheless, Jones—who is a Democrat— thanked everyone who supported the campaign in her acceptance speech, and promised to face challenges head-on.

“St. Louis, this is an opportunity for us to rise,” Jones said, during her mayoral acceptance speech. “But I told you when I was running that we aren’t done avoiding tough conversations. We are done ignoring the racism that has held our city and our region back. I made the same case four years ago and came up short, but I made peace with the fact that I would rather lose another election again than stop having the tough conversations in every corner of our city.”

In the speech, Jones added that she would not stay silent about the need to eradicate dog-whistle racism, and underlying bigotry.