Titanfall Boosts Xbox One Sales 96% in the UK 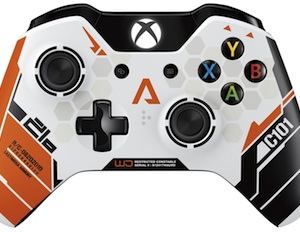 Titanfall is Microsoft's exclusive and highly anticipated shooter, and the Xbox One's killer app for 2014.

Call it the Titanfall bump, but Microsoft’s Xbox One console is definitely benefiting from the boost in sales.

According to Business Insider and GFK Chart-Track stats, the next-gen console got a huge 96% boost in sales this past week, undoubtedly due to the launch of EA’s Titanfall, one of the most anticipated first-person shooter games this year.

“Titanfall also gives a collossal boost to Xbox One hardware sales with a huge jump of over 96% thanks largely to the new Titanfall bundle (including a download token of the game) accounting for over 70% of all Xbox One hardware sold this week,” said GFK.

While sales may have been strong for this week, it doesn’t mean it’ll make up for the dearth of sales in the previous months. Sony’s PlayStation 4 console has outsold Microsoft’s offering since its release in November 2013. The margin is thinning, however, with Xbox sales coming closer to PS4 sales in February.

Titanfall is Microsoft’s exclusive title for Xbox One, Xbox 360, and PC. It’s published by EA and developed by Respawn Entertainment. Check out the Titanfall commercial below.