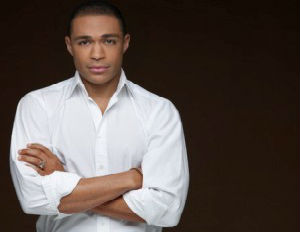 Last week, ABC News announced that award-winning journalist, T.J. Holmes, would be joining the team as co-anchor of America This Morning and World News Now.

Holmes comes to ABC following his five year stint at CNN and his brief time at BET where he hosted the late night news talk show Don’t Sleep. After a short-lived tenure at BET, Holmes then moved to MSNBC where he worked as a weekend news anchor.

In a memo released by ABC News president James Goldston, Goldston expressed his excitement for having Holmes added to the team.

“A skilled broadcaster and a dynamic storyteller with the ability to report on a variety of different stories, I’m confident T.J. will be a strong asset to our team,” said Goldston.

In addition to his co-hosting duties, Holmes will also report on all of ABC News broadcast and digital platforms, allowing some of his stories to be re-broadcasted for other news programs on the network as well as re-aired online.