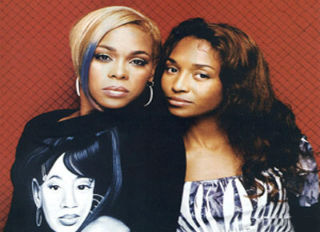 During the Mobo Awards in Liverpool, T-Boz and Chilli (the two remaining members of 1990s group TLC) announced that they will be releasing a new album.

This year marks 10 years since the death Â of Lisa “Left Eye” Lopes, the sassy rapping third member of the trio. She was the “Crazy” in the group’s popular Crazy, Sexy, Cool album.

“We’re going to still sound like TLC, evolving to whatever level we need to be at this time.Â We’ve always grown throughout the years and have always had our own sound. That’s what works for us and we don’t have to worry about anybody else,” said T-Boz.

Head to theGrio to read more about her thoughts on the album and theÂ possibilityÂ of a Left Eye hologram (a la Tupac) on the next TLC tour.