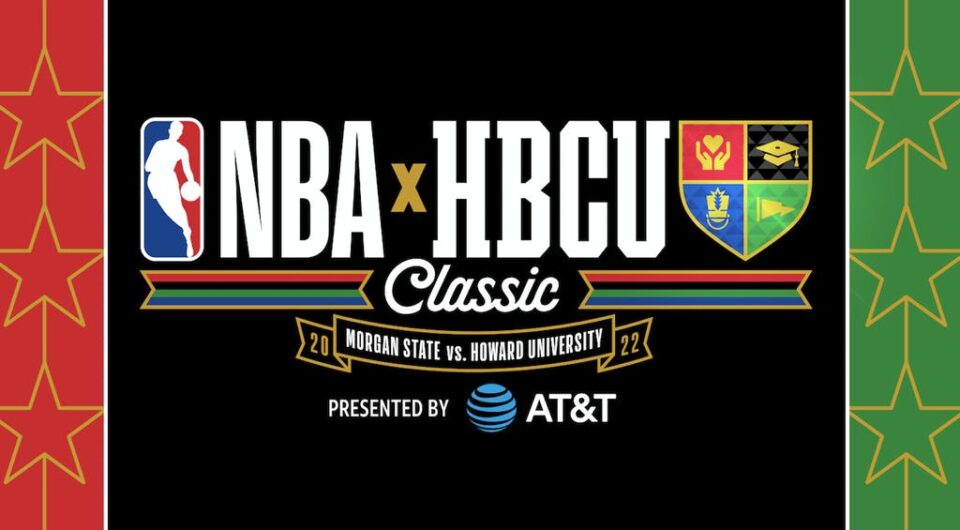 The Inaugural NBA HBCU Classic presented by AT&T will be simulcast on TNT and ESPN2 on Saturday, Feb. 19 at 2 p.m. ET as part of NBA All-Star Weekend 2022.

The game will be a matchup between two teams in the Mid-Atlantic Athletic Conference (MEAC).

The game will take place at the Wolstein Center on the Cleveland State University campus. Coverage of the game will begin at 2 p.m. on TNT and ESPN 2 with host Stephanie Ready and analysts Isiah Thomas (Former Detroit Piston and NBA 75th Anniversary Team member) and Stephen A. Smith doing the pregame.

“I am incredibly grateful to Turner Sports and ESPN, as well as to AT&T and the NBA, for their efforts to make this game happen and for their support of the Howard and Morgan State athletic programs,” said Howard University Director of Athletics Kery Davis.

“The historic partnership that has given rise to the NBA HBCU Classic is helping to elevate HBCUs at a critical time for our country. HBCUs and the NBA have a shared legacy of using their platforms to serve their communities and amplify the voices of marginalized people.  We appreciate the opportunity to shine a spotlight on HBCUs this year and for our students to share a stage with some of the world’s most talented athletes during NBA All-Star weekend.”

“The NBA HBCU Classic during the celebration of Black History Month highlights the important mission of Historically Black Colleges and Universities and the critical role they play in our country,” said Morgan State Interim Athletic Director Erlease Wagner.

“We commend the NBA for their continued commitment and programming to promote HBCUs and showcase the talented young men and women on our campus.  Morgan State University and Morgan Athletics thank the NBA, AT&T, ESPN, Turner Sports and other participating partners for providing this one of a kind opportunity for our outstanding Morgan student-athletes.”

Before the game, award-winning actress, singer and TV personality Keke Palmer will perform the national anthem and “Lift Every Voice and Sing” where she will be accompanied by the Howard University Showtime Marching Band.

The Howard Bison and Morgan State Bears faced off once this season, with Howard defeating Morgan State 91-82. As part of their participation in NBA All-Star, both teams will meet with NBA league and team executives as well as current and former NBA and WNBA players and engage in programs focused on professional development and networking.