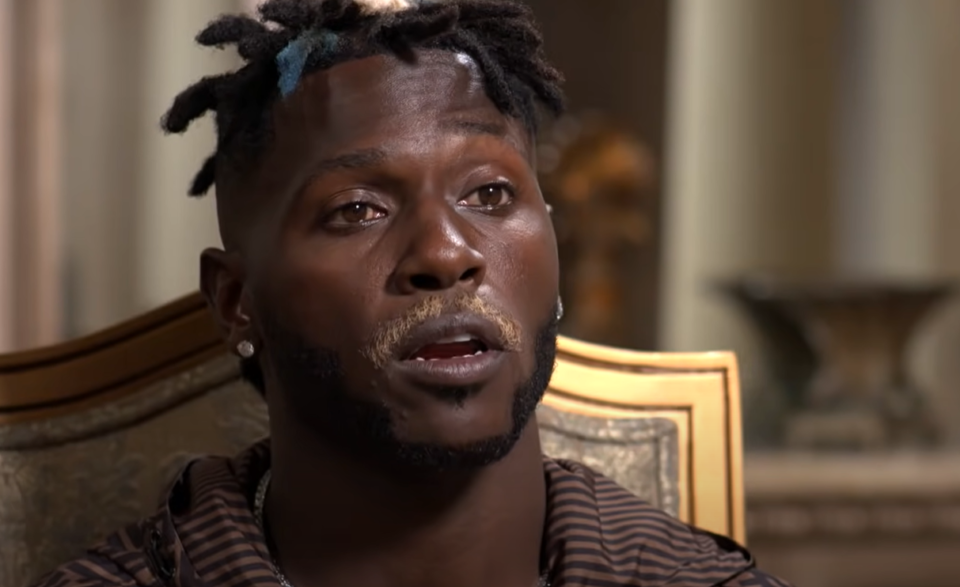 NFL champion quarterback Tom Brady is asking for compassion and empathy for Antonio Brown following his bizarre behavior that led to him getting cut from the Tampa Bay Buccaneers.

Many are debating over the mental health of NFL players after Brown decided to remove his shirt before exiting the field during Tampa Bay’s win over the New York Jets on Sunday.

“I think everybody should hopefully do what they can to help him in ways that he really needs it,” Brady said during a post-game press conference. “We all love him. We care about him deeply. We want to see him be at his best.”

“Unfortunately, he can’t be with our team, but we have a lot of friendships that will last,” Brady continued. “Again, I think the most important things about football are the relationships with your friends and your teammates, and they go beyond the field. I think everyone should be very compassionate and empathetic with some difficult things that are happening.”

"I think everybody should do what they can to help in ways that he really needs it. We all love him, we care about him deeply. We want to see him be at his best, and unfortunately, it won't be with our team." pic.twitter.com/JssvEJCheE

Buccaneers Coach Bruce Arians wasted no time announcing Brown’s removal from the team after the game. The coach claimed Brown never let him know that he wasn’t feeling fit enough to continue, the NFL reports.

Arians said he and Brown “had a conversation and he left the field” and made a bold move that ended up sealing his fate with the Buccaneers.

Brady had worked to get Brown jobs on the New England Patriots and Tampa Bay Buccaneers. Both have ended horribly for Brown as many debate his mental health and the mental health of NFL players overall, CBS Sports reports.

Early last month, Brown was suspended for lying about his COVID-19 vaccination status.