From Street DVDs to Reviving Battle Rap: How 'SMACK' Monetized Both 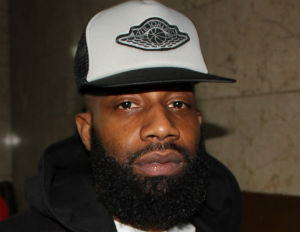 Since its inception, anybody involved in Hip-Hop culture has prided themselves in making something out of nothing. Not just any kind of “something” either. It’s usually something that changes the way the world looks at things.

Queens Village, New York entrepreneur/videographer Tony “Smackâ€ Mitchell was working a regular 9-to-5 in the early 2000’s, or what he refers to as the “regular hustle and bustle” when he created SMACK (Streets Music Art Culture and Knowledge), a DVD-magazine that featured uncensored interviews with popular and up-and-coming Hip-Hop artists, giving viewers an exclusive, fly-on-the-wall look inside the lives of their favorite rappers when they weren’t on BET or MTV.

With an initial investment that included purchasing a Sony PD150 camera, a PC and Premier 6.0 editing software, Smack hit the streets himself in search of content that larger outlets like BET and MTV either couldn’t provide, or were too mainstream to broadcast.

“I thought it would be dope if the content you heard on mixtapes was visualized,” he says. “People weren’t able to see Jadakiss and DMX going for 24 bars on video. MTV and BET had to be political and censored. You didn’t get the real character of the rappers, who they really were. I wanted people to see them in their environment, when they are on the block, on tour or in the studio.”

In the early 2000’s, the idea of digital content creation was still in its infancy stages, meaning that the cost of doing it was very grown up. Back then, a Sony PD150 alone ran for as high as $4,000 (today you can find one for less than $1,000 online). Printing up DVDs cost $2 a pop when Smack started out, 10 years later it can be as low as .50 cents each. On its first run, Smack printed up 1000 DVDs and moved them hand-to-hand.

“It moved slow because no one grasped the DVD magazine concept at the time,” he admits. “So I had to show my vision by doing concrete interviews with celebrities.”

Using neighborhood and industry connections, Smack was able to get exclusive content including Kanye West denying gay rumors, Nicki Minaj introducing herself to the world as well as on the spot interviews with Ludacris and Eminem.

Fast forward through 2007, the SMACK brand was now moving 40-50k copies independently with nationwide distribution through mom and pop retailers; and regional stores selling the DVDs for as much as $20, with SMACK collecting $10 on consignment.

“In 2008, YouTube exploded and online websites started popping up, everybody had access to the [recording and editing] equipment now.”

While SMACK suffered some stings from bootleggers like most things Hip-Hop, it was the proliferation of digital content available online, for free, that really knocked the wind out of the company, causing it to have to lay low and change its approach. While the celebrity interviews were a large part of the DVD magazine’s success, it was also the stars they were making that kept the money rolling in.

At the end of every DVD, up-and-Coming battle rappers were showcased trading barbs in locations ranging from street corners, public parks, recording studios or anywhere with enough lighting. Unlike rappers who were enjoying the spoils of being signed to a record deal, the battle rappers made their money coming up with the fiercest rhymes possible where every insult was allowed and no subject was off-limits.

In the mid-2000s, some of the more popular battle rappers, thanks to appearances on other DVD magazines, including SMACK, as well as BET’s 106 & Park “Freestyle Fridays,” drew attention from record labels looking to sign them. But when they developed the reputation of not being able to make songs that would appeal in nightclubs or on the radio, the demand for the artform began to cool off, eventually returning to its underground roots.

“At the peak of SMACK, I was doing too many things to focus on that,” says Mitchell. “I was running around interviewing the biggest stars so I couldn’t devote all of my energy to filming battles. But around 2008-09, when other movements started doing them, I didn’t feel they were representing the culture the way we did. I wanted to present from my view, so I started a league.”