Too Young to Think About Retirement? Think Again! 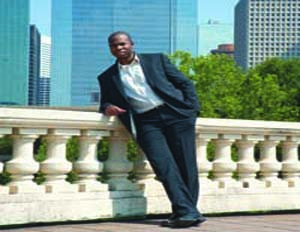 Sure, putting money toward your retirement may not be as exciting as purchasing a new car or taking a lavish vacation, but taking stock of your financial future will help you set the tone for being able to afford and sustain such items later, in some cases twice over.

Just ask today’s retiring boomers whose retirement plans have fallen short. Even for those with Social Security, pensions, and savings, most 401(k) or IRA participants appear to have insufficient savings, according to the Employee Benefit Research Institute.

Facing shortfalls, many people are postponing retirement, working a part-time job, traveling less, and facing foreclosure. Moreover, roughly a third of both workers and retirees who participated in the EBRI study said they had to dip into their savings last year to pay for basic expenses. But besides the economy playing a role in dwindling retirement funds, some started saving too late or suspended contributions when they lost their jobs; others didn’t realize that contributing 5% with a 3% company match would not sustain them during their retirement years.

“We know from previous surveys that far too many people had false confidence in the past,â€ says Jack VanDerhei, EBRI research director and co-author of the report. “People’s expectations need to come closer to reality so they will save more and delay retirement until it is financially feasible.â€

Today more workers than ever have been pessimistic about their retirement outlook. According to a Prudential research study, African Americans recognize that they are behind in retirement planning and saving, and less likely than the general population to feel that they will meet their financial goals (21% vs. 34%). A study by Ariel/Hewitt of nearly 3 million employees further notes that regardless of age or income, African American and Hispanic workers have lower participation rates and contribute less to 401(k) plans than their white and Asian counterparts. As a result, their 401(k) account balances are negatively affected and chances for a comfortable retirement are significantly compromised.