Tools And Tips For Online Investing 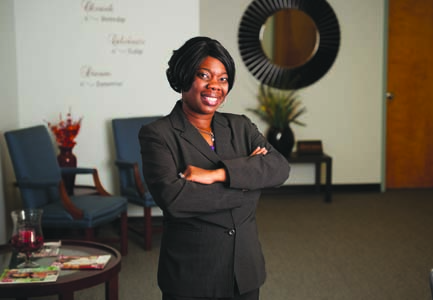 For years Hyacinth Tucker of Bowie, Maryland, thought investing was for the rich. Also, it was “one of those things you put off because you just don’t understand it,â€ says the 36-year-old insurance agent and owner of a professional development training facility. But that all changed after Tucker learned she could tread softly into the market by signing up with an online brokerage firm.

So, in September 2010, Tucker opened a ShareBuilder.com account and began investing $50 a month in individual stocks and bonds, including Standard & Poor’s depositary receipts and iShares Barclays Aggregate Bond Fund. Her contributions now total $200 per month and her online account is valued around $3,000.

A novice investor, Tucker used the first six to eight months to get comfortable with making buy-and-sell decisions, relying on tools such as a profile-analysis feature that helped determine her risk tolerance. “They asked about my goals and how risk averse I was,â€ she says. ShareBuilder (a service of ING Direct) then gave her investment suggestions. By getting a feel for what makes the market move and how to use ShareBuilder to track high-performing securities, Tucker says her comfort level has increased substantially.

Like Tucker, many people think they don’t have enough money or knowledge to invest, but that’s often not the case. “An online platform will usually provide you with a lower cost or fee structure than would a full-service brokerage firm,â€ says M. Camille Winfrey, a financial solutions adviser with Merrill Edge, an self-directed online investing platform owned by Bank of America Merrill Lynch.

Moreover, online solutions typically provide access to extensive research and analysis, as well as tools to help you determine when to buy and sell.