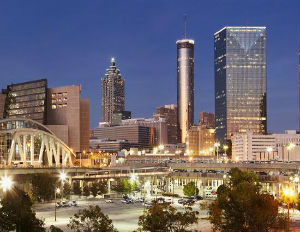 Atlanta, Raleigh, N.C., and Washington, D.C. are the top three 3 cities where African-Americans are doing the best, economically, reports Forbes. While economic conditions for African-Americans vary widely throughout the country, the magazine looked into America’s 52 largest metropolitan areas to list the cities that present African-Americans with the best opportunities. These metropolitan statistical areas were weighed by three factors – home ownership, entrepreneurship, as measured by the self-employment rate, and median household income–all indicators or middle-class success. Data for those is from 2013.

In addition, Forbes added a fourth category, demographic trends, measuring the change in the African-American population from 2000 to 2013 in these metro areas, to judge how the community is “voting.â€ Each factor was given equal weight.

With its well-established religious and educational institutions, notably Spelman and Morehouse, which are ranked first and third, respectively, by US News among the nation’s historically black colleges, Atlanta has the strongest infrastructure for African-American advancement in the country, according to Forbes. The region’s strong music and art scene has also made itÂ an epicenter for black culture.

Clear evidence of the Atlanta area’s appeal can be seen in the growth of its African American population, up 50% fromÂ 2000 through 2013. This is also well above the of 28% average growth in the African-American population in the nation’s 52 biggest metro areas during the same time.

What’s more, some 46.9% the metro area’s black population own homes as of 2013, well above the 38% major metro average for African-Americans. Their median household income of $41,800, also considerably above the major metro average, while their rate of self-employment, 17.1%, is second only to New Orleans.

Here are the top 10 cities: