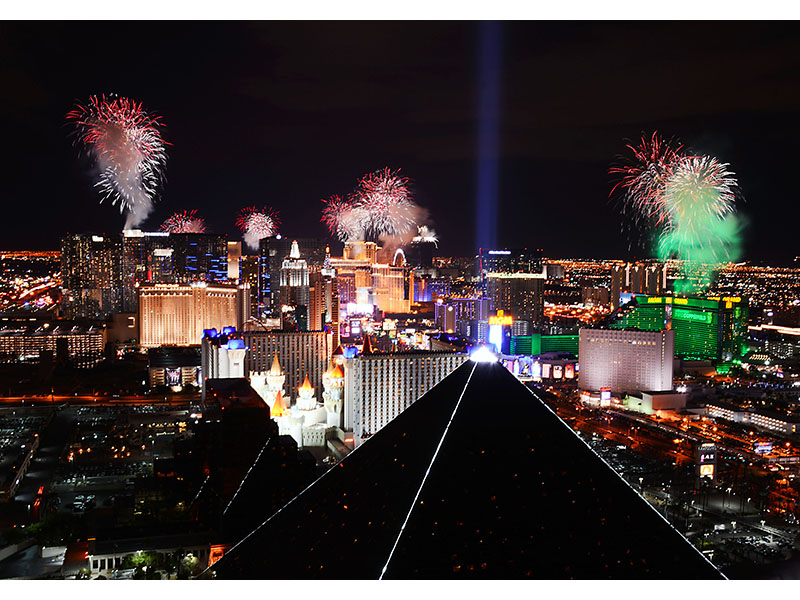 Hit the club scene with a few friends and enjoy the nightlife
Party-goers can dance the night away as the world’s top DJs keep the celebration going well into the New Year.

Drai’s Nightclub at The Cromwell is celebrating the arrival of 2016 with a trio of concerts from some of 2015’s most popular performers. The sizzling lineup begins with award-winning artists Nicki Minaj and Meek Mill on New Year’s Eve. The party continues throughout New Year’s weekend with the announcement of back-to-back return performances by resident performers Chris Brown on Friday, Jan. 1 and The Weeknd on Saturday, Jan. 2.

At TAO Nightclub at The Venetian, party-goers will be able to celebrate the arrival of 2016 with a special performance by music icon, Snoop Dogg.

Hakkasan, inside the MGM Grand Hotel & Casino, welcomes DJ Hardwell on Dec. 30 and resident DJ Tiesto on Dec. 31. In addition, one of the most recognizable DJs in the world, Calvin Harris, will be spinning at Omnia at Caesars Palace.

Perched 55 floors above the Las Vegas Strip, Ghostbar provides guests with one of the best views of the electrifying midnight fireworks show. DJs OB ONE and Mark Stylz will be playing today’s top hits as guests celebrate on the club’s oversized patio. Partiers who are looking for something a little more can toast to 2016 with a group of friends by reserving an intimate VIP booth for the evening.

As more than 300,000 visitors close down Las Vegas Boulevard, the Strip’s only gay New Year’s party–Evolve Vegas NYE–will be taking place at the Tropicana Hotel in its stylish Havana Nightclub. Last year’s event hosted more than 1,000 guests and was voted among the top six gay New Year’s Eve blowouts by OutTraveler magazine.