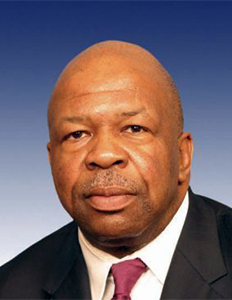 The FBI is investigating Russian cyber attacks against the Democratic National C0mmittee and the Democratic Congressional Campaign Committee and alleged Russian hacks at major U.S. news organizations.Â  Top House Democrats have sent a detailed letter to FBI Director James Comey requesting that the FBI assess whether connections between Trump and Russia may have contributed to cyber attacks against the DNC and the DCCC in order to interfere with the U.S. presidential election.

The ranking members of the House Committees on Oversight and Government Reform, Judiciary, Foreign Affairs, and Homeland Security–Elijah E. Cummings, John Conyers, Jr., Elliot L. Engel, and Bennie G. Thompson–wrote, “serious questions have been raised about overt and covert actions by Trump campaign officials on behalf of Russian interests.Â It is critical for the American public to know whether those actions may have directly caused or indirectly motivated attacks against Democratic institutions and our fundamental election process.â€

Hillary Clinton drew a line between Donald Trump and suspected Russian hacking into the DNC when she spoke with reporters during her first day on a shared campaign plane, reports CNN. Clinton said the Russian hacking was “almost unthinkable” and compared the intrusions into a variety of Democratic bodies to Watergate, the infamous break-in of the Democratic National Committee in 1972 by aides close to then-President Richard Nixon.

“This is like Watergate only now in cyber time,” Clinton said during her in-flight press conference, echoing a comment Tim Kaine, her vice presidential nominee, made this week, according to CNN. “It is stunning that we are facing this and especially from a foreign power that has the capacity, with the consensus is that they have used, to extract information and to enable that information to be made public.”

Roger Stone, a Donald Trump confidante, reportedly revealed that he has communicated with WikiLeaks founder Julian Assange about the upcoming release of additional illegally hacked Democratic documents. Stone made these statements during a Republican campaign event while answering a question about a potential “October surprise.”

The House Democrats also wrote that “Donald Trump has repeatedly praised Russian President Vladimir Putin, stating that “he’s doing a great job,” “I’d get along very well with Vladimir Putin,” and “It is always a great honor to be so nicely complimented by a man so highly respected.” Donald Trump’s business interests in Russia have also been widely reported.â€

They also point to the fact that Donald Trump’s campaign chairman, Paul Manafort, recently resigned after failing to disclose his role in assisting a pro-Russian party in Ukraine. Manafort reportedly had “wooed investments from oligarchs linked to Putin and advised the now-toppled pro-Russian Ukrainian president Viktor Yanukovych.”