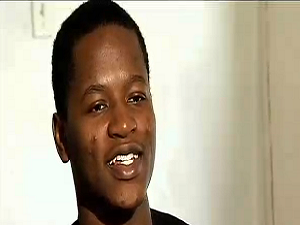 Eighteen-year-old Ladarius Sapho has the highest grade point average at Proviso East High School in Maywood, Illinois, so why is his valedictorian spot even up for negotiation?

Well, according to principal Tony Valente, school policy requires students to attend Proviso for at least seven semesters and since Sapho didn’t enroll in the school until his sophomore year he doesn’t qualify for the top graduation spot.

“I had a speech ready, I was ready to give this speech,” Sapho tells Chicago’s FOX 32 News.

Sapho was informed of the school’s policy just two weeks before graduation and is determined to not let his high honor be stripped from him without a fight.

“I’m gonna fight this, because I worked hard. I worked hard these past three years. And all this is gonna go down the toilet because of a policy no one has seen,” says Sapho in regard to his high school principal being unable to show where the policy is written.

The school later offer the scholar the title of co-valedictorian, but without specific recognition or giving of a speech. Sapho kindly declined the offer.

Sapho, who’s graduating with a 4.135 GPA has accepted a full ride scholarship to college in Hawaii with plans to study and become a neurosurgeon.