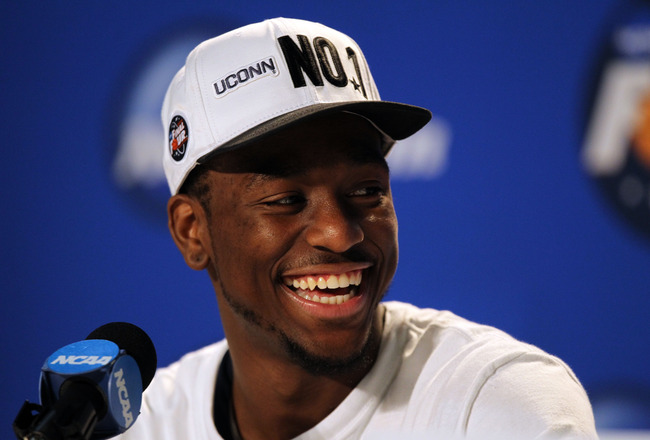 The transition from college to the professional world can be a challenge for any individual, even if their career is in sports. For most, stepping foot into the real world means working harder than you ever have before in your professional life to prove you are best for the position. Below are five NBA players from the Rising Stars Challenge who are proving early on in their careers that they have no plans of letting anyone take their spot in the league.

Kenneth Faried: Playing for team Chuck in the rookie and sophomore game, this Denver Nugget star led his team to victory and was awarded MVP of the game with a stellar performance of 40 points and 10 rebounds. But this 23-year-old rising star proved he still wasn’t done at All-Star Weekend, as he competed in the dunk contest and earned himself a perfect score with his final dunk performance.

Anthony Davis: After an outstanding freshman year at the University of Kentucky, Davis showed himself to be one of the best college players around and earned himself the No.1 draft pick in the 2012 NBA Draft. Now as a New Orleans Hornets player, this 19-year-old rookie is showing that he is still a strong competitor amongst the pros having played on the Olympic 2012 USA team and in the Rising Stars Challenge for team Chuck.

Kyrie Irving: This Cleveland Cavalier star point-guard won MVP of the rookie and sophomore game last year and came back this year even stronger with 32 points in the Rising Stars Challenge and a personal victory in the 3-point shooting contest. Deemed the new king of Cleveland, Irving has even earned recognition from former star player to the Cavaliers LeBron James who said Irving will “be (among) the top two, top three best point guards in the league.”

Kemba Walker: Playing for team Shaq in the rookie and sophomore game, this Charlotte Bobcats star is definitely a player to look out for. After a successful college career at the University of Connecticut, Walker was the No. 9 draft pick in the 2011 NBA draft, and thus far his sophomore season he averages an impressive 17.9 points and 6 assists.

Dion Waiters: Scoring 23 points for team Shaq in the all-star game, this Cleveland Cavalier star rookie is slowly making a name for himself in the league. After a successful basketball career at Syracuse University, Waiters was picked 4th overall in the 2012 NBA draft and is having an amazing rookie year with an average of 14.2 points per game thus far this season.