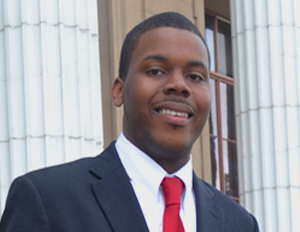 With media reports swirling around the scandals of high-profile black politicians, it’s time we divert a little bit from the headlines and focus on a new generation of politicians who are slowly but surely making positive strides in their career. From mayors to City Council members to Obama campaign supporters, below are four young politicians who got next:

Mia Love: Currently serving as the mayor of Saratoga Springs, Utah, Love catapulted to the national scene in 2012 as the Republican Party’s nominee for the United States House of Representatives for Utah’s 4th Congressional District. Coming just 768 votes shy of winning the seat, Love recently filed her statement of candidacy with the Federal Election Commission, making it clear that she plans to run for the position again next year. If she wins, the 37-year-old will become the first black Republican woman in Congress.

Valeisha Butterfield-Jones: The daughter of North Carolina Congressman G.K. Butterfield and State Rep. Jean Farmer Butterfield, Valeisha became a campaign volunteer for then presidential candidate Obama in 2008 and went on to work for the Obama administration as Deputy Director of Public Affairs for International Trade from 2009-2011. In 2012, she held the position of National Youth Vote Director for the Obama for America re-election campaign and also earned herself a spot on the 2012 The Root’s 100 list and this year’s The Grio’s 100 list. Outside of her political work, Butterfield-Jones is also the co-founder of the Women in Entertainment Empowerment Network (WEEN), which is a non-profit that provides mentorship and scholarship to young women seeking careers in entertainment and media.

Michael Tubbs: At just 22, Tubbs is the youngest city councilman in Stockton, California. A graduate of Stanford University, he started his political career after his cousin was killed and he knew a solution lied within creating a better community in his hometown. With the help of several family, friends and neighbors, and a $10,000 donation from Oprah Winfrey, won the City Council member position with more than 60% of the vote. Landing himself a spot on The Root’s Young Futurists list, Tubbs is also the co-founder of Save our Stockton, an organization that focuses on reducing youth crime.

Thione Niang: Recognized as one of 10 of America’s Most Daring Young Black Activists, Niang has campaigned for various local and state candidates and eventually for President Barack Obama during his 2008 election. From there he continued his career in politics and community activism by serving as the Chair of the Cuyahoga County Young Democrats, National Chair of the Young Democrats of America College Caucus, Chair for the International Affairs Committee for the Young Democrats of America and now National Co-Chair of Gen44, which helps to cultivate and empower the next generation of Democratic leaders. A native of Senegal, Niang came to America with just $20 in hand and little fluency in English, proving that hard work and persistence can lead to a bright future.