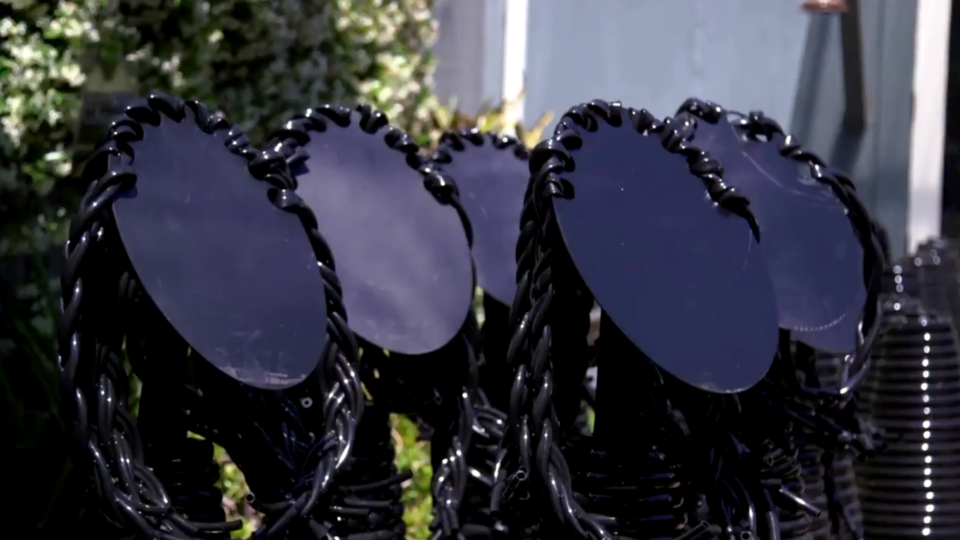 An art exhibit representing the first slaves to arrive in America will premiere on Juneteenth in San Francisco’s Golden Gate Park where a statue of Francis Scott Key was toppled last summer.

The “Monumental Reckoning,” will feature 350 black steel sculptures. The exhibit will debut on Juneteenth, Saturday, June 19, the celebration marking the emancipation of slaves in the U.S. two years after President Lincoln signed the Emancipation Proclamation The sculptures will represent the first Africans that were brought to Virginia in 1619.

The exhibit will be located where a statue of Francis Scott Key, who wrote the National Anthem, once stood. Black Lives Matter and anti-racism protestors toppled Key’s statue weeks after the death of George Floyd.

“We are standing for justice in that space, for everyone who has been oppressed,” Dana King, the artist behind the exhibit said, according to The Hill.

An exhibit titled ‘Monumental Reckoning’ will open next week with 350 slave sculptures in San Francisco's Golden Gate Park where a statue of Francis Scott Key, a slaveholder, once stood https://t.co/paYuDlGbWD pic.twitter.com/W6945GUzJb

According to Reuters, a poem Key wrote in 1814 became the anthem and included a line in the defense for slavery. Additionally, Key tried to lobby then-President Andrew Jackson to appoint his brother-in-law, Roger Taney, to the Supreme Court. Taney, who wrote the Dred Scott decision, believed Black Americans could not be U.S. citizens.

The statues will be placed around an empty plinth. Each sculpture will stand four feet high. The project was launched in February and work on the sculptures began in April.

Last year, dozens of statues and Confederate monuments were either torn down by protestors or taken down by local governments in Virginia, Kentucky, South Carolina, and Florida.

Richmond Mayor Levar Stoney, a Black man, ordered the removal of several Confederate statues last July after protestors knocked down a statue of Jefferson Davis, the leader of the Confederate Army in June.

“These statues, although symbolic, have cast a shadow on the dreams of our children of color,” Stoney said in a YouTube video. “Let me be clear, removing these monuments is not a solution to the deeply embedded racial injustices in our city and nation, but is a down payment.”