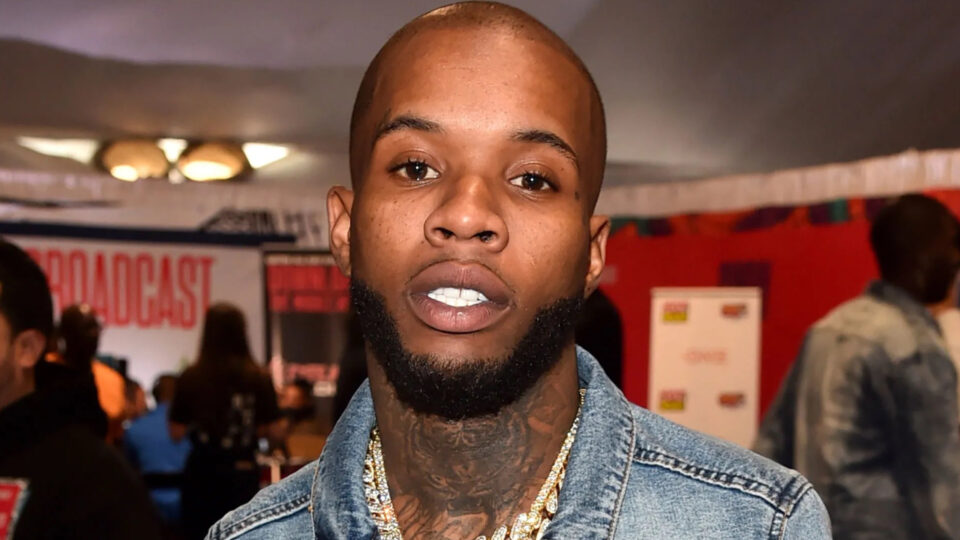 Recording artist Tory Lanez was taken into custody on Tuesday after appearing at a hearing in a Los Angeles courtroom. A judge found that the Canadian artist violated the protective orders put in place in the felony assault case that alleges he shot Megan Thee Stallion in her feet almost two years ago.

According to Rolling Stone, Judge David Herriford revoked the bail set for Lanez, which was $250,000. He raised that amount to $350,000 after he listened to nearly an hour of statements and found that Lanez violated court orders that prohibited the rapper from contacting or harassing Megan or speaking about any discovery in the case with outside parties.

Tory Lanez was handcuffed in court and remanded to custody until he posts new bail of $350,000 in Megan Thee Stallion felony assault case. Judge found him in violation of discovery protective order and personal contact order.

Judge David Herriford heard nearly an hour of argument about Lanez’s tweets and said some “seem to be clear messages” to Megan. He added new condition to Lanez’s release that he’s “not to mention the complaining witness in this case in any social media.” Trial date set for 9/14.

Lanez spent approximately five hours in custody. Once he was processed and released, he told reporters that he felt “amazing” as he was taken away in a waiting Lamborghini.

As he was accompanied by his father and several friends, Lanez appeared at the hearing wearing a black tuxedo jacket over a black turtleneck. He originally entered a plead of not guilty back in July 2020, when he was alleged to have shot Texas rapper Megan Thee Stallion in the foot after a night of hanging with the W.A.P. rapper.

Judge Herriford heard arguments from both sides as they related to social media posts on Twitter by media personality DJ Akademiks earlier this year. Lanez’ attorney, Shawn Holley, argued Lanez did not give the personality any discovery in the case. DJ Akademiks tweeted on Feb. 23 that “Tory Lanez DNA was not found on the weapon in the Meg Thee Stallion case.” The post was eventually deleted.

UPDATE: Tory Lanez trial adjourned til April with Tory’s lawyer telling the court they have completed DNA results from the prosecution which is very pleasing to his client. (I saw this doc myself.. it literally says it was inconclusive in finding TORY DNA on the gun or magazine)

Holley stated that “What he said is incorrect,” Holley told the judge, in reference to the deleted tweet that caused a social media firestorm. “What (DJ Akademiks) said is that the DNA was not found on the weapon. And in fact, the swab of the gun indicates ‘inconclusive,’ that there were four contributors.”

“If he had seen this document, he presumably would have got it right,” Holley argued, calling the tweets “chatter” in “a medium that is almost inherently unreliable.”

But, the judge saw it differently, “The court cannot conclude the defendant distributed anything, however it does appear that he violated the order that prohibits him from making any statements regarding discovery,” Judge Herriford said, mentioning Twitter posts sent from Lanez, including one that read, “Ak is telling no lies.”