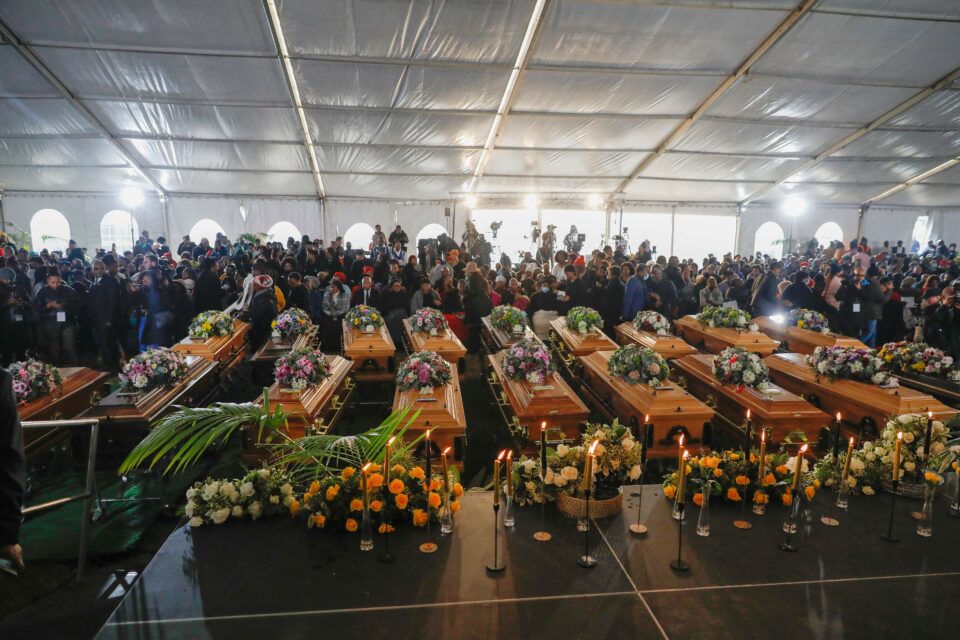 The toxic chemical methanol might be the cause of 21 teenagers dying inside a South African tavern last month.

The teens, ranging in age from 13 to 17, died at the Enyobeni tavern in East London’s Scenery Park township in the early hours of June 26. They were found dead inside the tavern, with some of their bodies lying across tables and couches while others died after being rushed to nearby hospitals.

Authorities are researching how the teens ingested the methanol, which is typically used as a solvent, pesticide, or alternative source of fuel, and are determining if the levels were enough to have killed them, NPR reported.

The country was left shocked and puzzled, sparking investigations by police and liquor license companies. The owner of the tavern and a few employees were arrested and are currently out on bail facing charges related to violating liquor trading laws and the sale of liquor to children.

Authorities are still awaiting the conclusive toxicology results which are being conducted at a Cape Town laboratory, CBS News reported. Alcohol poisoning and inhalation of carbon monoxide have both been ruled out as possible causes of death despite traces of both chemicals being detected in the teen’s bodies.

A 17-year-old girl told reporters that the tavern is popular among teens. South African police are awaiting the final results of the toxicology report to determine if anyone will face criminal charges for the teenagers’ deaths.

CBS News reported that at a mass funeral for the teens, South African President Cyril Ramaphosa “vowed his government would take action to prevent alcohol from being served to children under the legal drinking age of 18.”