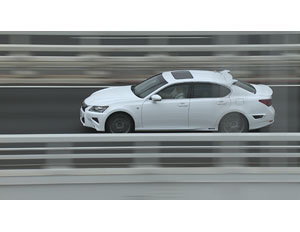 Toyota has been testing a new vehicle that operates without human interaction. Highway Teammate is a modified Lexus G6 capable of automated driving. It can merge onto highways, change lanes, and keep safe distances away from other vehicles.

Highway Teammate is the prototype for a line of driverless cars that Toyota plans to launch in 2020. These vehicles will use on-board technology to evaluate and monitor traffic and road conditions, and they’ll be able to take action based on these evaluations during highway driving.

Toyota refers to its driverless technology as “automated operation.” Highway Teammate’s automated operation can be enabled once a driver passes a toll gate and is on a highway. External sensors on the test vehicle recognize the proximity of other vehicles as well as any potential road hazards. Using this data, Highway Teammate steers, accelerates, and brakes on its own.

Also, Google recently launched a fleet of self-driving cars. These vehicles use a combination of sensors and software to monitor road and street conditions. The company developed a vehicle that has no steering wheel or brakes and, instead, uses sensors and lasers for operation. The electric cars also have a rounded, compact shape to maximize the sensor’s field of view.

So far, Google’s cars have logged over one million miles of travel. They are currently in self-piloted test drives throughout the streets of Mountain View, California, and Austin, Texas.

Check out Toyota’s Highway Teammate in action below.