Toyota To Return To The NFL Super Bowl 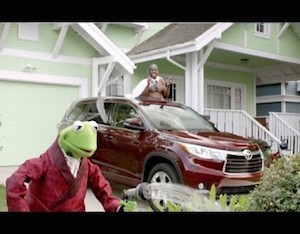 The Japanese automaker is not trying to fade in the background when the 2015 Super Bowl comes around. Toyota announced that it will return to America’s unofficial holiday, which marks the company’s third consecutive year with a commercial spot.

Chalk this up as a big piece of new for NBC, which has already announced that there will be fewer auto advertisers rolling out new commercial spots for the 2015 Super Bowl. Add to that that automobile companies aren’t offering any new models around the Feb. 1 broadcast, and NBC project that sales to the football extravaganza won’t sell out until “a week or so” before Super Sunday.

When compared to last year’s Super Bowl broadcast, GM, Ford, Chrysler, Toyota, Hyundai, Audi, Jaguar, and Honda were all showing off their ads. For 2015, it seems that Toyota and Mercedes-Benz are the only two who will be in the game, while at least a few others are expected.

What do you think Toyota’s commercial will be in 2015?! Share your thoughts in the comments section below!