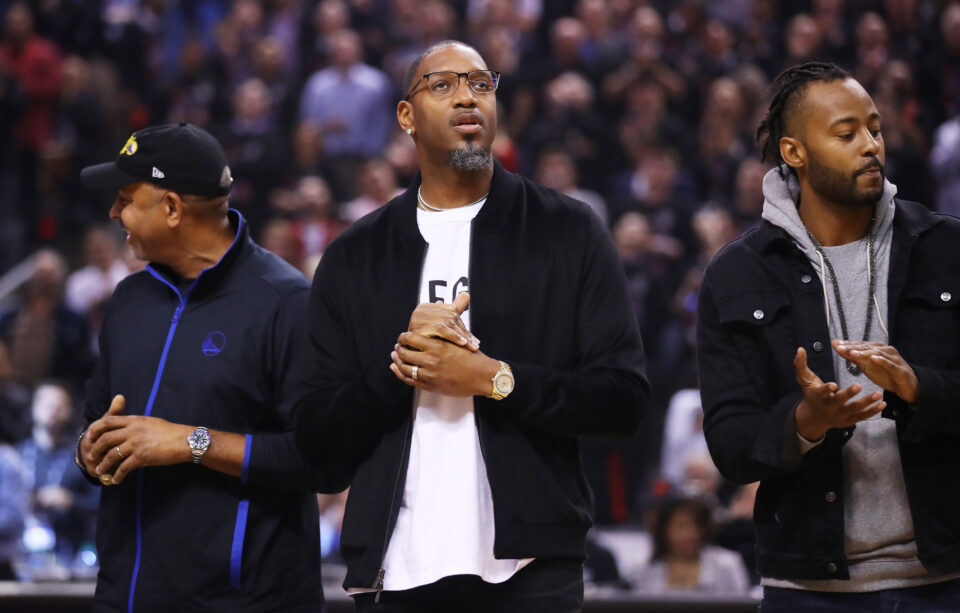 TORONTO, ONTARIO - MAY 30: Former NBA player, Tracy McGrady is honored during Game One of the 2019 NBA Finals at Scotiabank Arena on May 30, 2019 in Toronto, Canada. NOTE TO USER: User expressly acknowledges and agrees that, by downloading and or using this photograph, User is consenting to the terms and conditions of the Getty Images License Agreement. (Photo by Gregory Shamus/Getty Images)

An NBA Hall of Fame player may be ending his 25-year relationship with a sneaker giant.

According to Boardroom, the business relationship between former Tracy McGrady and Adidas has been “rocky” and may be coming to an end. The sneaker giant, who is also in the crosshairs of Kanye West, has been dealing with McGrady since before he even started his legendary career.

“I’ve been with Adidas for 25 years, I think we’re coming to an end,” McGrady said at the Hashtag Sports conference in Las Vegas last week.

“The treatment that I’ve gotten from them over the last ten years, it is what it is. I deserve better.”

.@TMac_213 calls his relationship with Adidas “rocky’ at the @hashtagsports conference.

“I’ve been with Adidas for 25 years, I think we’re coming to an end. … The treatment that I’ve gotten from them over the last ten years, it is what it is. I deserve better.” pic.twitter.com/AyI5NNbsxk

Throughout his career, Adidas released six signature models for the man known as T-Mac. Although he retired in 2013, he kept re-upping his contract, signing multiple shoe deal extensions with the athletic wear company.

Over the past decade, McGrady reportedly hasn’t felt the love from Adidas.

At T-Mac’s one-on-one basketball tournament, Ones Basketball League (OBL), McGrady stated that he did not receive the support he would have liked from adidas.

“This is why I have that attitude,” he said. “When I started OBL, I was told I couldn’t pull this off — by Adidas. So, that’s why I feel that way.”