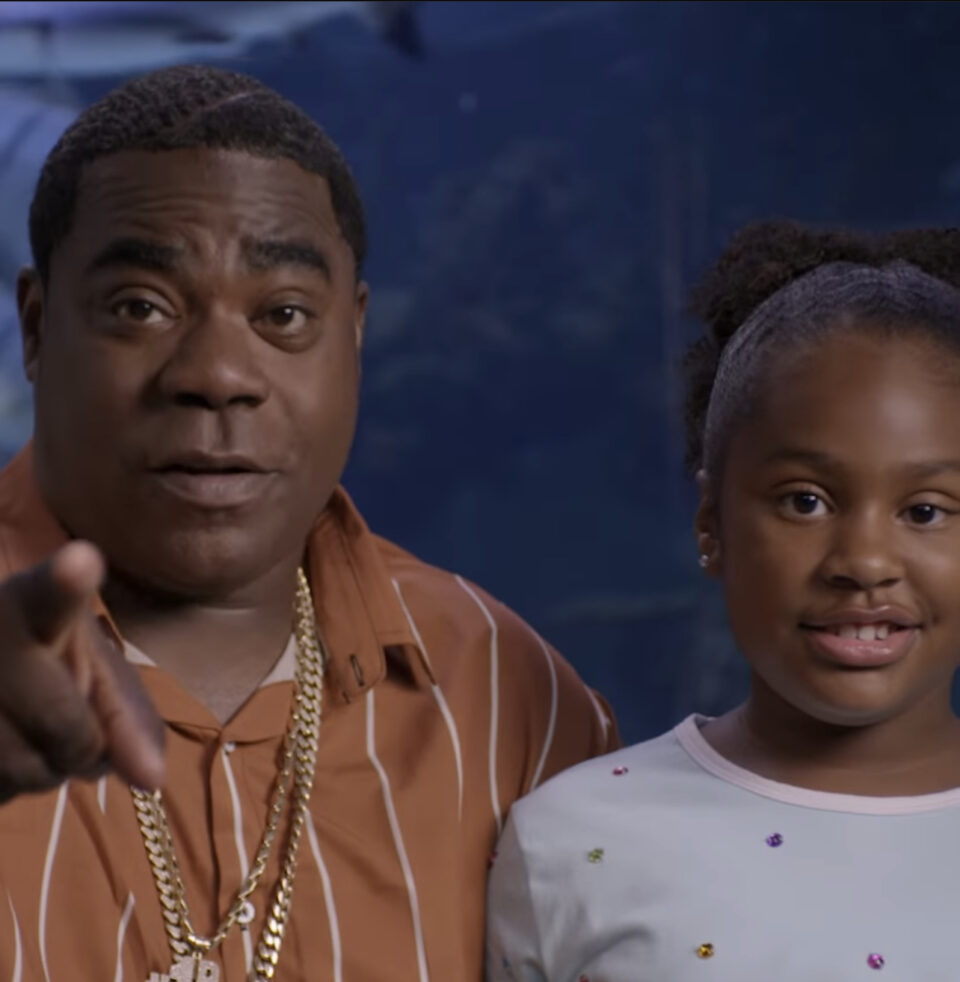 We might know stand-up comedian and actor Tracy Morgan from SNL, 30 Rock, and The Last O.G., but now fans get to see him in a different light.

Morgan’s inner child is jumping with excitement as the Discovery channel kicks off its annual “Shark Week.”

The world can now discover his longtime love for sharks through his latest project Sharks! With Tracy Morgan, accompanied by his nine-year-old daughter and co-host Maven Morgan. The educational docuseries is out now with its first episode.

To help educate the world, Morgan tapped his youngest daughter, Maven, who he proudly claims knows more about sharks than most people on the planet. She does more than teach about sharks, having recently completing her own stand-up set at Radio City Music Hall a few months back, Page Six reported. The apple doesn’t fall far from the tree.

As a host, the show runs deep for Morgan.

“I’ve been into sharks ever since I saw Jaws as a kid,” Morgan said, per Discovery. Any fish that could make white people scream and scurry out of the ocean like that, is alright with me.”

On premiere day, the Emmy-nominated actor appeared on CNN to promote the TV special and to share more about his favorite sea creature of all time. He even opened up about his own 20,000-gallon shark tank in his backyard.

“I had a shark tank in my backyard, so I actually spend time with them–me and my daughter,” Morgan told CNN. He added that he has all kinds of sharks including “Black Tips, WhiteTips, Gray Reefs, Leopards” as well as “Catfish sharks” in his personal tank.

On Sharks! With Tracy Morgan, the host teams up with shark experts throughout the country to identify the wildest and most ferocious sharks in the ocean. Morgan will also show off his favorite sharks and their unique capabilities and adaptations.

Blue sharks are his favorite as he would describe them for their “long pectoral fins to ride the ocean currents like aquatic hitchhikers.” He also credits whale sharks for growing 40 feet long and can weigh 15 tons, “like Shaq in the off-season.”

“Sharks have been around for 450 million years, surviving five mass extinctions, six if you count my marriage,” Morgan explained. “But it’s up to us to make sure they keep surviving.

Sharks! With Tracy Morgan is available for streaming on Amazon Prime Video, Discovery+, and Apple TV.