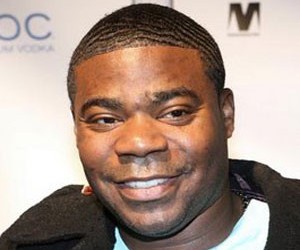 Tracy Morgan and his fiancÃ©e, Megan Wollover, are getting ready to have their first child together this summer. The comedian announced his engagement to Megan last September.

“I am over the moon excited and just want a happy and healthy baby and a safe delivery for Megan,” Morgan told AOL Black Voices

Morgan already has 3 grown sons from his previous marriage to Sabrina Morgan. He has stated he wants to have a daughter as well.

Tracy is preparing for his “Excuse My French” tour in March 2013.