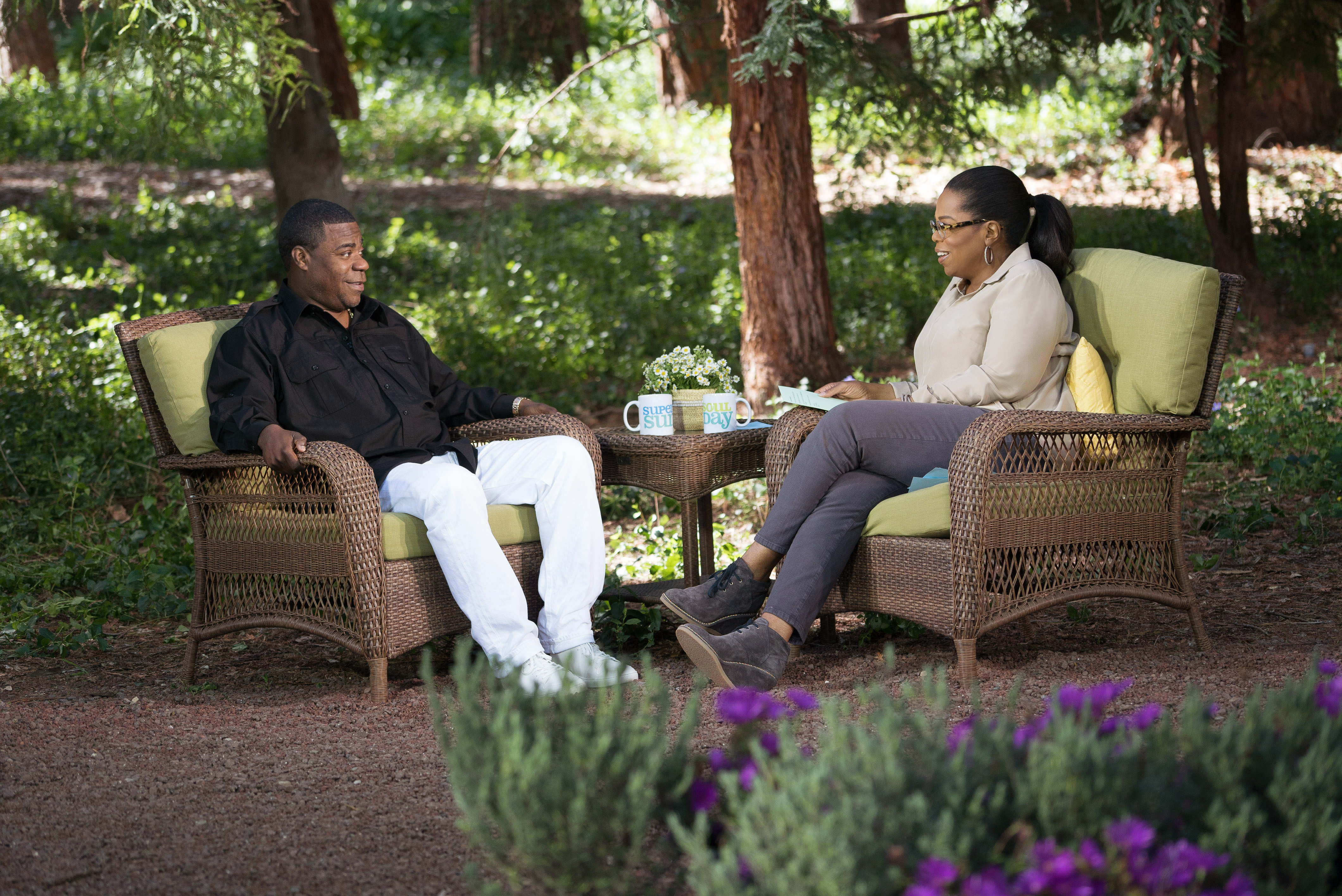 Nearly two years after the tragic accident, comedian and actor Tracy Morgan sat down with Oprah Winfrey and opened up about his experience and remarkable recovery on OWN’s SuperSoul Sunday.

Morgan is best known for his seven years as a cast member on Saturday Night Live, starring on the hit comedy 30 RockÂ and was named one of Barbara Walters’ 10 Most Fascinating People of 2015.

The rare and intimate conversation on OWN comes as Morgan begins to step back into the spotlight after his devastating multi-car crash in 2014 where a tractor-trailer struck his tour bus on the New Jersey Turnpike.

Morgan sustained a life-threatening brain injury and suffered the loss of his close friend and fellow comic, James “Jimmy Mackâ€ McNair, who was killed in the accident. Many people wondered if the actor-comedian would be able to pull through, as it appeared that his life was hanging in the balance.

During the SuperSoul Sunday episode, Winfrey and Morgan discussed the spiritual encounter he had with God while in a medically induced coma, as well as the details of his personal transformation and how his outlook on life has changed through the recovery process.

In particular, he describes having a very clear vision during the time he was in the coma. They also discussed the outpouring of love and support he received following the accident and how the medicine of humor and laughter helped in his remarkable recovery.

Here are some highlights from Morgan’s interview with Oprah:

CLIP: What Tracy Morgan Is Most Grateful for After His Accident